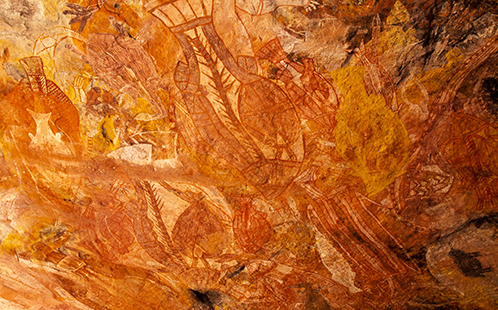 New research from the Whitlam Institute within Western Sydney University calls for a national database of places of Indigenous historical and cultural significance following revelations that national protection for significant places for Aboriginal and Torres Strait Islander peoples, which were introduced during the Whitlam era, have been severely diminished under subsequent governments.

2018 E.G. Whitlam Research Fellow Prof Hilary du Cros who will present her research at a Symposium on the 19th February, highlights that Australia does not have an up-to-date national map of sites of historical and cultural significance for Aboriginal and Torres Strait Islander peoples. Formerly maintained by the Australian Heritage Commission on the Register of the National Estate, these functions were devolved to state level in 2004, and the Register closed off in 2007. Professor du Cros points out that during this transition, several important research files and reports went missing.

According to Professor du Cros, the closure of the Register of the National Estate was an inflection point for the preservation and cultural appreciation of Indigenous sites in Australia.

“Sharing Indigenous cultural heritage with the wider community has become more difficult because there is less information to help explain the stories and significance of Indigenous places, which is what builds connections in our society. The lack of a comprehensive national register backed by an adequate database also places us in a difficult position with the international community. For example, we are currently unable to measure our national management practices against international benchmarks or the effects of climate change on our Indigenous heritage places.

“We urgently need a national database of places of Indigenous historical and cultural significance to address these issues,” says Professor du Cros.

She adds that some Aboriginal and Torres Strait Islander communities are frustrated by the slow pace of existing government bureaucracy in relation to adding new sites to the National and Commonwealth Heritage Lists (that replaced the former Register), and maintaining existing ones at State and local levels.

Director of the Whitlam Institute Leanne Smith said this research funded under the E.G. Whitlam Research Fellowship has shed light on one of the lesser known but profoundly important parts of the Whitlam legacy. “One of the most remarkable things about Gough Whitlam’s legacy is the focus on both Australia’s future and its past. He established institutions that were designed to protect the natural environment, our built heritage, as well as Indigenous sites, for the benefit of future generations.”

“Professor du Cros’ research makes a strong case for a return to national and coordinated leadership to protect these sites, not only for First Nations peoples, but for all Australians who care about protecting the history of this country,” said Ms Smith.

The E.G. Whitlam Research Fellowship is an annual award of up to $30,000 awarded by the Whitlam Institute within Western Sydney University, for the purpose of promoting research in Australian politics and public policy guided by the values that oriented Gough Whitlam’s social democratic vision and that demonstrate the contemporary relevance of this vision for 21st century Australia.