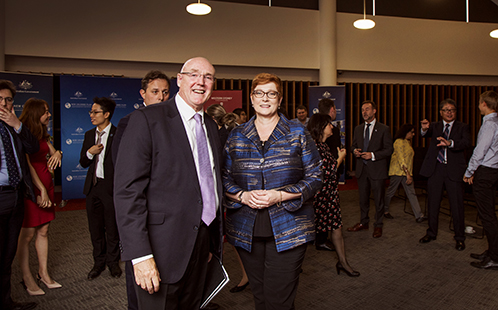 Western Sydney University Vice-Chancellor and President, Professor Barney Glover AO, said the University was proud to have supported the New Colombo Plan since its inception in 2014.

Between 2014 and 2019, the New Colombo Plan has supported 1360 Western Sydney University students take part in 95 mobility programs, with funding worth $5.5 million. Thirteen students from the University have also been awarded a prestigious New Colombo Plan Scholarship in the same period.

Professor Glover added, “The NCP is one of the most transformative educational, cultural and socioeconomic policy initiatives we have seen in Australia. As a mechanism for soft diplomacy, exchange and understanding, few policy measures match its record of sustained achievement. That’s particularly important at a time when we’re contending with a degree of economic and political uncertainty from a global standpoint.”

The New Colombo Plan is a signature initiative of the Australian Government that aims to lift knowledge of the Indo Pacific in Australia by supporting Australian undergraduates to study and undertake internships in the region.