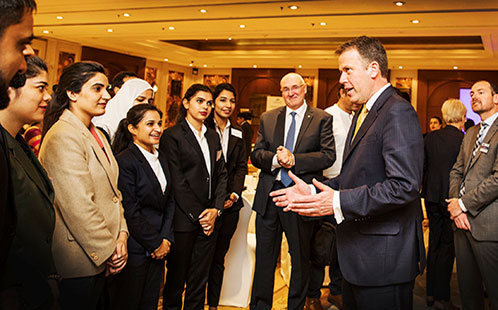 Western Sydney University has signed new agreements that are set to strengthen higher degree research opportunities and student exchange between India and Australia, and expand the University’s research into the critical global issue of food security.

The University first established partnerships in 2018 with the Indian Council of Agricultural Research (ICAR) to provide knowledge exchange around food security, especially under the increasing challenges of a changing climate.

“Through these partnerships, we are broadening the international impact of Western Sydney University’s research expertise in crop pollination, soil fertility and the use of innovative protected cropping structures and systems,” said Professor Glover.

“Collectively these are areas of major concern in both India and Australia, and underpin both regions’ economic and environmental resilience.”

The Australia-India partnership will also open up opportunities for student exchange through joint PhD programs, where students spend time in both countries and gain a Masters of Research or PhD accredited by both Australian and Indian universities.

A world-leading research institution, Western Sydney University is ranked the top 2 per cent of universities in the world according to the highly-influential Times Higher Education (THE) World University Rankings.

It is also ranked 11th in the world – the highest ranked university in Australia – for social and economic impact according to the Times Higher Education (THE) Impact Rankings, and is an official signatory to the United Nations’ Sustainable Development Goals.