Why our carbon emission policies don’t work on air travel

The following opinion piece co-authored by Dr Arianne Reis from the School of Science and Health, first appeared in The Conversation. (opens in a new window) The federal government’s National Energy Guarantee aims to reduce greenhouse gas emissions in the electricity industry by 26% of 2005 levels. But for Australia to meet its Paris climate change commitments, this 26% reduction will need to be replicated economy-wide.

In sectors such as aviation this is going to be very costly, if not impossible. Our modelling of the carbon price introduced by the Gillard government shows it had no detectable effect on kilometres flown and hence carbon emitted, despite being levied at A$23-$24 per tonne.

If Australia is to meet its Paris climate commitments, the National Energy Guarantee target will need to be raised or radical measures will be required, such as putting a hard cap on emissions in sectors such as aviation.

Our analysis of domestic aviation found no correlation between the Gillard government’s carbon price and domestic air travel, even when adjusting statistically for other factors that influence the amount Australians fly.

This is despite the carbon price being very effective at reducing emissions in the energy sector.

In theory, a carbon tax should improve carbon efficiency by increasing the costs of polluting technologies and systems, relative to less polluting alternatives. If this is not possible, a carbon price might reduce emissions by making air travel more expensive, thereby encouraging people to either travel less or use alternative modes of transport.

Why the carbon price failed to reduce domestic aviation

The cost of air travel has fallen dramatically over the last 25 years. As the chart below shows, economy air fares in Australia in 2018 are just 55% of the average cost in 1992 (after adjusting for inflation).

Given this dramatic reduction in fares, many consumers would not have noticed a small increase in prices due to the carbon tax. Qantas, for example, increased domestic fares by between A$1.82 and A$6.86.

The carbon price may have just been too small to reduce consumer demand - even when passed on to consumers in full.

Consumer demand may have actually been increased by the Clean Energy Future policy, which included household compensation.

The cost of jet fuel, which accounts for between 30 and 40% of total airline expenses, has fluctuated dramatically over the last decade.

As the chart below shows, oil were around USD$80-$100 per barrel during the period of the carbon price, but had fallen to around USD$50 per barrel just a year later.

Airlines manage these large fluctuations by absorbing the cost or passing them on through levies. Fare segmentation and dynamic pricing also make ticket prices difficult to predict and understand.

Compared to the volatility in the cost of fuel, the carbon price was negligible.

The carbon price was also unlikely to have been fully passed through to consumers as Virgin and Qantas were engaged in heavy competition at the time, also known as the “capacity wars”.

This saw airlines running flights at well below profitable passenger loads in order to gain market share. It also meant the airlines stopped passing on the carbon price to customers.

A carbon price could incentivise airlines to reduce emissions by improving their management systems or changing plane technology. But such an incentive already existed in 2012-2014, in the form of high fuel prices.

A carbon price would only provide an additional incentive over and above high fuel prices if there is an alternative, non-taxed form of energy to switch to. This is the case for electricity generators, who can switch to solar or wind power.

But more efficient aeroplane materials, engines and biofuels are more myth than reality.

What would meeting Australia’s Paris commitment require?
Given the failure of the carbon price to reduce domestic air travel, there are two possibilities to reduce aviation emissions by 26% on 2005 levels.

The first is to insist on reducing emissions across all industry sectors. In the case of aviation, the modest A$23-$24 per tonne carbon price did not work.

Hard caps on emissions will be needed. Given the difficulty of technological change, this will require that people fly less.

The second option is to put off reducing aviation emissions and take advantage of more viable sources of emissions reduction elsewhere.

By increasing the National Energy Guarantee target to well above 26%, the emission reductions in the energy sector could offset a lack of progress in aviation. This is the most economically efficient way to reduce economy-wide emissions, but does little to reduce carbon pollution from aviation specifically.

Airline emissions are likely to remain a difficult problem, but one that needs to be tackled if we’re to stay within habitable climate limits. 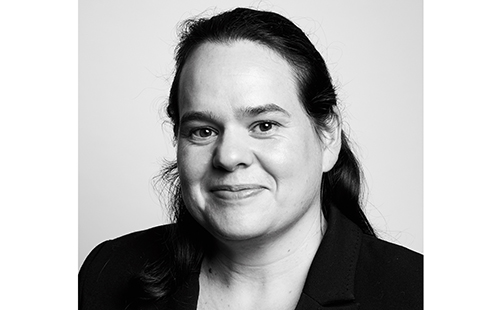 Bridging the gap between science and Government

Dr Celia Harris from the MARCS Institute for Brain, Behaviour and Development has been named a 2021 STEM Ambassador by Science & Technology Australia (STA).

Opinion: The fatherhood penalty: how parental leave policies perpetuate the gender gap (even in our ‘progressive’ universities)

Issues that matter to families on a daily basis, such as childcare, parental leave and flexible working arrangements, are often referred to as “women’s issues”.