When citizens set the budget: lessons from ancient Greece

The following article co-authored by Adjunct Professor, Lyn Carson from the School of Humanities and Communication Arts, was first published with full links on The Conversation(opens in a new window). 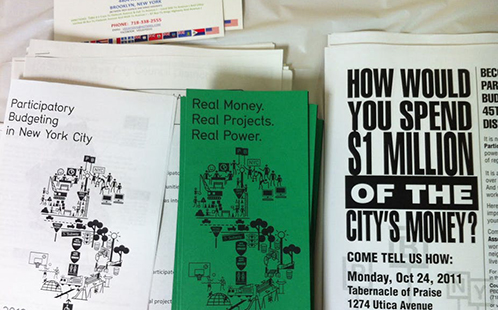 Today elected representatives take the tough decisions about public finances behind closed doors. In doing so, democratic politicians rely on the advice of financial bureaucrats, who, often, cater to the political needs of the elected government. Politicians rarely ask voters what they think of budget options. They are no better at explaining the reasons for a budget. Explanations are usually no more than vacuous phrases, such as “jobs and growth” or “on the move”. They never explain the difficult trade-offs that go into a budget nor their overall financial reasoning.

This reluctance to explain public finances was all too evident during the global financial crisis.

In Australia, Britain and France, centre-left governments borrowed huge sums in order to maintain private demand and, in one case, to support private banks. In each country these policies helped a lot to minimise the crisis’s human costs.

Yet, in the elections that followed the centre-left politicians that had introduced these policies refused properly to justify them. They feared that voters would not tolerate robust discussion about public finances. Without a justification for their generally good policies each of these government was defeated by centre-right opponents.

In most democracies there is the same underlying problem: elected representatives do not believe that voters can tolerate the financial truth. They assume that democracy is not good at managing public finances. For them it can only balance the budget by leaving voters in the dark.

For decades, we, independently, have studied democracy today and in the ancient past. We have learned that this assumption is dead wrong. There are more and more examples of how involving ordinary voters results in better budgets.

In 1989, councils in poor Brazilian towns began to involve residents in setting budgets. This participatory budgeting soon spread throughout South America. It has now been successfully tried in Germany, Spain, Italy, Portugal, Sweden, the United States, Poland and Australia, and some pilot projects were set up in France too. Participatory budgeting is based on the clear principle that those who will be most affected by a tough budget should be involved in setting it.

In spite of such successful democratic experiments, elected representatives still shy away from involving ordinary voters in setting budgets. This is very different from what happened in ancient Athens 2,500 years ago.

How the ancient Athenians did it

In Athenian democracy ordinary citizens actually set the budget. This ancient Greek state had a solid budget, in spite of, or, we would say, because of the involvement of the citizens in taking tough budget decisions.

Ancient Athens was incredibly successful state. It developed democracy to a higher level than any other did before modern times. It was the leading cultural innovator of classical times. Democratic Athens quickly became a military superpower. These successes did not come cheaply. They depended on Athenian democracy’s ability to raise new taxes and to control public spending.

Athenian democracy required frank discussions about this public spending. This requirement lay at the heart of its surprising success at balancing budgets. In this direct democracy assembly-goers voted for or against each policy. The Athenian assembly met forty times per year. Twenty percent of voters always turned up. There was thus a big difference from now: ordinary citizens regularly attended meetings to discuss and to decide on public finances.

Athenian assembly-goers expected a politician who supported a policy to estimate its cost accurately. He had to demonstrate whether it was affordable. Often he faced the counter arguments of rival politicians that it was not affordable. In response he had to say how the cost could be reduced or a new tax introduced.

In ancient Athens politicians certainly did not believe that ordinary voters could not tolerate the financial truth. They often convinced voters to increase taxes or to cut benefits for the sake of the greater good.

Setting the budget in Melbourne today

Today, in most participatory budgeting exercises, ordinary voters usually deliberate about only a portion of a budget. In 2014, however, a local council in Australia ran it differently. The City of Melbourne asked a group of ordinary people to help to set the entire budget of 2.5 billion euros. This group was a randomly selected cross section of local residents. The council gave this group complete access to the council’s financial records and financial bureaucrats.

Over three months these ordinary voters had regular meetings about this budget. After forty hours of deliberation, they were able to agree on spending priorities and to make recommendations about local taxes. They came up with budget solutions that no one had thought of before deliberating.

To everyone’s surprise these ordinary voters recommended tax increases and even the selling of under-utilised public assets. They also set limits for such asset sales: they judged that waste collection was a vital service for the local community and so should never be sold. The City of Melbourne largely incorporated what this group had worked out into its ten-year budget.

From these two examples we can draw three important lessons. First, rigorous public debate about public finances is essential. In ancient Athens frank discussion weeded out unaffordable policies. It laid the groundwork for the tax increases that were needed to fund other policies. In Melbourne the debates of ordinary citizens helped the council to increase local taxes and to keep important services in public hands.

Second, elected representatives should not fear telling voters the financial truth. Involving ordinary voters in public-finance debates actually helps to build consensus for tough reforms. Athenian voters did not punish politicians for higher taxes because they were the ones that had voted for them in the first place.

As long as modern politicians are brave enough candidly to speak about public finances, there is no reason why contemporary democracies cannot mirror the Athenian experience. Instead of trying to sell their budgets with vacuous phrases, elected representatives would do better to speak openly about budget problems and to listen to the good solutions that ordinary voters have.