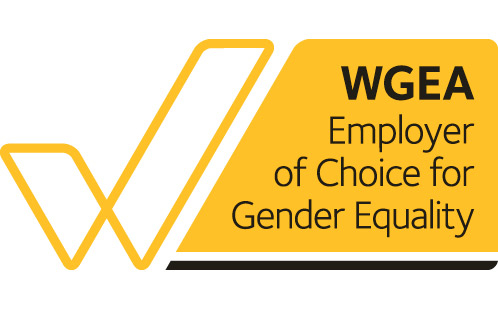 Western Sydney University has once again been recognised for its ongoing commitment to gender equality in the workplace.

The EOCGE citation is designed to encourage, recognise and promote active commitment to achieving gender equality in Australian workplaces against key criteria including flexible work arrangements, the gender pay gap, and preventing sex-based harassment and discrimination.

Vice-Chancellor Professor Barney Glover said the University is proud to once again be recognised for demonstrating our firm commitment to equity and inclusiveness and will continue to promote and embed an organisational culture that values gender equality, and recognises the benefits of supporting a gender diverse workplace.

WGEA Director Libby Lyons has congratulated all the 2017-18 citation holders for their commitment, and recognition of the benefits improved gender equality can bring to their business.

“These employers are setting the benchmark for other Australian workplaces to follow.”

The University’s strong commitment to gender equality is evidenced in the commitment of senior leadership and the University’s Board of Trustees to setting clear targets; recognising the importance of staff being able to balance work and personal priorities; and implementing strategies to promote participation of women in non-traditional disciplines, in particular science, engineering and maths.