In a series of events for TropTalks – Tropfest’s(opens in a new window) ideas and education program – Western Sydney University experts will join a stellar line-up of screen industry innovators to discuss and debate the contemporary topics that are shaping the screen industry today.

Maryella Hatfield, a Media Arts Production lecturer from the School of Humanities and Communication Arts, will appear on the Genre Busters(opens in a new window) panel on 14 February at the University’s Parramatta City campus.

Maryella is an accomplished film-maker, known for the compelling climate change documentary The Future Makers, which was broadcast on the Discovery Channel and screened in international film festivals. At Genre Busters, she will join Abe Forsythe, Yolanda Ramke and Ben Howling in challenging the audience to reconsider their expectations of topics and ideas.

“Genre-busting is not new – filmmakers have been pushing the boundaries of genre, and parting with conventional storylines and modes of storytelling since the early days of film,” says Maryella.

Maryella refers to films like Rashomon – the 1950 Japanese period film that used multiple characters’ perspectives to present ambiguous representations of the truth – and the critically acclaimed I Tonya that used a very similar plot device in 2017.

“Genre can be defined in many ways. To some, it can be seen as a bit of a straight-jacket that is imposed on you. Some studio executives may dictate that a story is told in a certain way, to fit within the expectations of a genre – but there are always examples of filmmakers who push back and explore the different ways of telling stories,” says Maryella.

“It’s a great thing, and filmmakers delight in it. There is an increasing appetite for films that break with convention – as more and more, audiences are coming to expect to be surprised.” 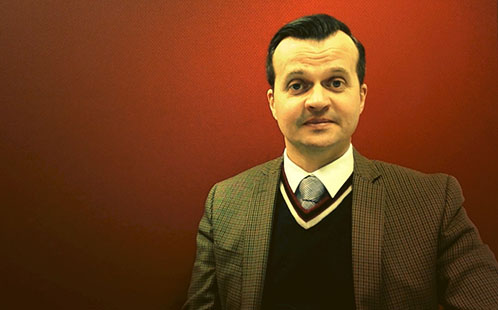 Also joining the TropTalks line-up is Marty Murphy, a lecturer with the Australian Film, Television and Radio School and PhD Candidate within the University’s Writing and Society Research Centre.

Marty will feature alongside Susan Sarandon at the Adaptation – Bringing Stories to Life(opens in a new window) event on 16 February, also at the University’s Parramatta City campus.

The panel will also feature some of the most talented names in film adaptation today: Lion producer, Angie Fielder; the real life inspiration for Lion, Saroo Brierley; and Paper Planes director, Robert Connolly.

Marty is a filmmaker, a comedian, and as part of his PhD is analysing the fundamental principles of screen and literary comedy. Marty says he will bring to the panel a comedic and academic viewpoint to the topic of film adaptations.

“Comedies and dramas are perfect for adaptation. Big Little Lies is a recent example, where the dramatic elements translated so well into a long-form episodic form. The book was much funnier – but for the HBO series, the elements of comedy that were retained offer much needed comic relief.”

Western Sydney University is proud to present TropTalks for the second year. The program of events will be hosted at the University’s Parramatta City and Sydney City campuses.

For TropTalks tickets, festival details, screening venues and regular updates on all things Trop visit: www.tropfest.org.au(opens in a new window)