Study to investigate the impact of cancer in LGBTI communities 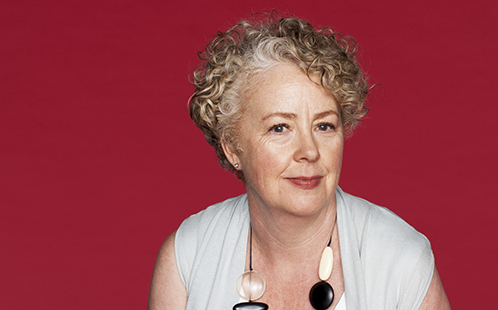 Professor Jane Ussher from the University’s Translational Health Research Institute (THRI) will be the lead researcher on the 'Out with Cancer: LGBTI experiences of cancer survivorship and care' study.

Professor Ussher says ‘Out with Cancer’ aims to understand the experiences and concerns of cancer survivors and carers within LGBTI communities.

“LGBTI people are more likely to be single; and less likely to have an intimate partner at home who can offer ongoing care and support. They also tend to have lower levels of family support, and more difficulty in accessing general health care or cancer services.”

Cancer diagnosis and treatment can have a significant impact on anyone’s emotional wellbeing, sexual health and quality of life. However, existing research suggests that LGBTI communities experience significantly higher levels of psychological distress, depression and anxiety.

Professor Ussher was the lead researcher on the ‘Sexual Wellbeing and Quality of Life after Prostate Cancer for Gay and Bisexual Men and their Partners’ – the world’s largest study of gay and bisexual men’s experiences of prostate cancer.

Findings from this study – which was funded by the Prostate Cancer Foundation of Australia (PCFA) – indicate that the gay community is in desperate need of improved health care and psychological support.

124 gay and bisexual men, 225 heterosexual men and 21 male partners participated in the study. The men – recruited predominately within Australia, as well as the United States and the United Kingdom – had all been diagnosed with prostate cancer and were underdoing the final stages of treatment or were in remission.

Professor Ussher says both groups of men – gay, bisexual and heterosexual – reported significant changes to their sexual functioning as a result of their cancer treatment. But it was the gay and bisexual men who experienced significantly higher levels of psychological distress, depression and anxiety, as well as a greater threat to their masculine self-esteem.

“The common forms of treatment for prostate cancer can be very invasive, and can have lasting physical impacts,” says Professor Ussher.

“When these treatments result in any loss of sexual functioning, it can significantly impact a gay man’s confidence, wellbeing and relationships. Many men describe themselves as ‘not feeling whole’ or feeling ‘cheated’ and expressed regret about undergoing cancer treatments.”

Professor Ussher says the findings confirm that the LGBTI community are the hidden population in cancer care.

‘Out with Cancer’ will build upon an existing portfolio of Western Sydney University research into the intersection of cancer and sexuality.

The project, which has received a total of $639,960 in ARC Linkage funding, aims to ascertain the barriers to delivering cancer communication and care to LGBTI patients with all forms of cancers, and will work to develop tailored support materials specifically for LGBTI survivors and carers.

Professor Ussher will work with a team of researchers from THRI, the School of Medicine and the Social Sciences and Psychology at Western, in partnership with UNSW, Griffith, Monash, La Trobe and Melbourne universities.