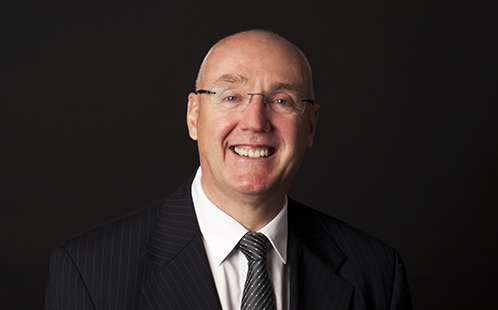 Western Sydney University is pleased to announce that Professor Barney Glover will continue as the University’s Vice-Chancellor and President until 31 December 2023.

At their December 2017 meeting, the Board of Trustees unanimously resolved to renew Professor Glover’s term for a further five years.

Professor Glover joined the University in January 2014. He was previously Vice-Chancellor of Charles Darwin University.

Western Sydney University Chancellor, Professor Peter Shergold AC, said the University Board acknowledged the exceptionally strong leadership demonstrated by the Vice-Chancellor over the past four years.

“This has been a period during which the higher education sector has experienced significant volatility and policy uncertainty. As Vice-Chancellor, Professor Glover has successfully navigated the University through this complex environment while maintaining a clear focus on quality outcomes in teaching, research and service to our students. While Chair of Universities Australia he was an articulate voice for the sector,” said Professor Shergold.

“The University’s rising international rankings and growing national and international reputation can be attributed to the Vice-Chancellor’s drive, energy, and passion. This has been accompanied by an unswerving commitment to, and highly skilled advocacy for, the Greater Western Sydney region that we serve.

“Professor Glover’s leadership has placed Western Sydney University in a very strong position to respond to the future challenges and the opportunities presented by a rapidly changing sector, economy and a global context.”

Professor Glover said “I am proud to be part of such a distinctive University and to work with outstanding colleagues, with whom I have enjoyed and shared success over the past four years. I am particularly pleased to see our students achieve success both in their studies and in their careers as some of the most sought-after graduates. I look forward to the next five years – a time of great importance to both the University and to the Western Sydney region.”