Just not cricket: why ball tampering is cheating 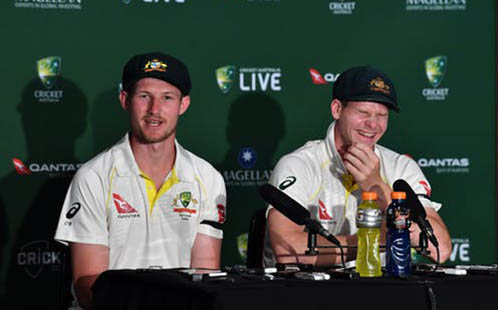 Australian cricket is engulfed in scandal after TV cameras caught Cameron Bancroft attempting to manipulate the condition of the ball during the team’s third Test match against South Africa. Bancroft and the Australian captain, Steve Smith, subsequently admitted to the offence and the collusion of the player leadership group in the decision to do so.

Altering the condition of the match ball is against the rules of the sport, contrary to “the spirit of cricket”, and deemed to be “unfair”. It is a form of cheating.

What is ball tampering?
Cricket is not only controlled by a set of rules but, according to the sport’s laws, it should also be played “within the spirit of cricket”.

Like most sports, cricket is a self-regulating entity. The national associations and, ultimately, the International Cricket Council (ICC) enforce the laws. That said, cricket remains tied to gentlemanly ideals and the myth of “fair play”.

This “spirit” encourages respect for players and officials while advocating for self-discipline. Significantly, it says the:

… major responsibility for ensuring fair play rests with the captains.

Within these rules, law 41.3 identifies changing the condition of the match ball as an offence and “unfair play”. Specifically, law 41.3.2 states:

It is an offence for any player to take any action which changes the condition of the ball.

But why is the condition of the ball so important?

The ability to “swing” a ball is a prized skill in cricket. Altering the condition of one side of the ball can help it to swing, and may provide an advantage to the bowling team.

Players try regularly try to “rough up” one side of the ball by, for instance, deliberately bouncing it on hard ground or applying sweat or saliva to it in ingenious ways. Such practices are not deemed to be contrary to the laws, even if they may not be within the spirit of cricket. Cricketers can bend the rules but not break them.

However, others have been known to use fingernails to scratch the ball, or have rubbed it on the zip of their trousers. Such measures are against the laws and are punishable under the ICC’s Code of Conduct.

In this case, Smith has been banned for one match and fined his match fee. Bancroft, who was caught with a piece of yellow sticky tape that he was attempting to use to tamper with the ball, has also been fined most of his fee and issued three demerit points.

Risk and reward
When games are evenly matched, small gains from cheating can be enough to swing the result one way. This has occurred in other sports.

Sport is now a commercial product with large rewards for winning. In addition, when players are representing their country, there may be considerable pressure to win at all costs, particularly when sport plays a prominent role in the country’s national identity.

According to Smith, the Australians “saw this game as such an important game”. Here, the significance of the game and the team’s desire to win are used to justify cheating. The spirit of cricket and “fair play” were given little thought.

In his work on match-fixing, investigative journalist Declan Hill identifies several questions that may be considered when players are contemplating cheating. The importance of the game is a key factor. Prospective cheats will also evaluate whether they can win without cheating and the sanctions they risk if they are caught.

The Australian cricketers believed the game was slipping away from them. They either did not think they would be caught, or were not deterred by the possible sanctions.

Leading by example
In several cases of cheating, it has been senior players that have induced their younger teammates to cheat.

Two former cricket captains, South Africa’s Hansie Cronje and Pakistan’s Salman Butt, both recruited younger, less experienced players in their attempts to manipulate cricket matches. Similarly, Bancroft is at the start of his Test career and appears to have been influenced by others in the team.

Rather than ensuring fair play, Smith contrived to break both the game’s laws and spirit. Worryingly, it was not just Smith and Bancroft, but a group of senior players who were initially involved.

The players will have evaluated whether it was morally right to cheat and decided that winning was more important. While not a “crime” in the traditional sense of the word, the premeditated nature of these actions increases the level of deception and subsequent outrage surrounding the decision.

Smith’s role, as captain, has often been described as the second-most-important job in Australia (after the prime minister). It is for this reason that the Australian Sports Commission has called for him, along with any members of the leadership group or coaching staff “who had prior awareness of, or involvement in, the plan to tamper with the ball”, to stand down or be sacked.

The plot to tamper with the ball was a clear attempt to cheat and has brought the spirit of cricket into question. The implications of being caught cheating or significance of the action were overruled in favour of an outcome: winning a match.

Such actions demonstrate the short-term focus players can have in the moment, ignoring the magnitude of their decisions. In this case, the fallout will be far greater than any punishment the sport will hand out.