Evidence from the banking royal commission looks like history repeating itself

The following opinion piece by Professor Michael Adams from the School of Law, was first published in The Conversation (opens in a new window) 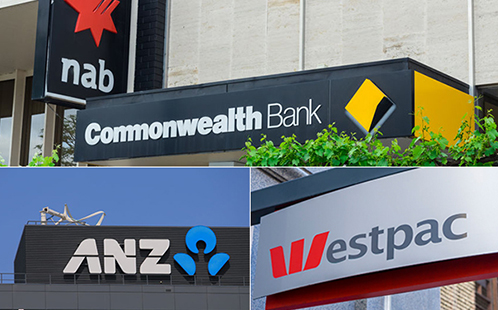 Do banks learn from the past? From watching the questioning of elderly disability pensioner Carolyn Flanagan at the Financial Services Royal Commission, it seems not.

In the High Court of Australia on May 12 1983, one case tested the limits of a concept called “unconscionability”. This is a difficult area of law to prove, as the parties involved usually have signed a commercial agreement.

You are normally legally bound by what you sign, in the form of a contract. This was established in an English case in 1934 called L'Estrange v F Graucob Ltd and has been since followed in UK and Australian law.

However, sometimes the law intervenes because the party signing the contract is at such a disadvantage that it is inequitable in the eyes of the court.

The 1983 case involved Mr and Mrs Amadio, who were Italian migrant parents. A bank manager went to their home and asked them to sign a mortgage (secured against their family home) for their son to open a business. No one explained that the son did not have the experience to run a business and that the outcome of not paying back the loan was to lose their home.

The Amadio family did not speak much English and no one provided a translator nor independent legal advice. The mortgage documents were signed on March 25 1977. The son soon failed to make repayments and the Commercial Bank of Australia, foreclosed on the parents’ property (the family home).

The High Court ruled in May 1983 that the bank had acted unconscionably and that the contract should be terminated on equitable grounds.

Over 30 years later, Westpac Bank is signing a guarantee for a daughter’s business loan, with an elderly and partially blind mother.  As Commissioner Hayne noted, Ms Flanagan had signed the documents but not understood them or their consequences. The commissioner was unimpressed with any “independent advice” supposedly provided to the parties.

Westpac tried to regain the property as per the financial guarantee and did reach a settlement that Ms Flanagan could stay in the home until she sold it or passed away. This sounds very similar in law and facts to the Amadio decision.

The original unconscionable case of Amadio, was based on the law of equity (a branch of case law, based on concepts of fairness). This compares to federal and state government laws such as the Trade Practices Act 1974, which the Australian Consumer Law replaced in 2010. Section 20 of this law preserves the concepts of unconscionability under the “unwritten law” (a way of saying common laws and equitable laws).

More significantly, an unconscionable conduct laws were introduced to cover the provision of goods and services under the Commonwealth law in section 21 of Australian Consumer Law.

The government regulator that enforces such laws is the Australian Competition and Consumer Commission (ACCC). Unfortunately, as with many things, the law is more complex and if financial services are involved, then the Australian Securities and Investments Commission (ASIC) also gets involved.

ASIC in its own legislation covers unconscionable conduct and misleading conduct. There are also other agencies that can have jurisdiction to investigate and bring legal actions as necessary, such as State Consumer Affairs Commissions or Small Business Commissions.

Unfortunately this appears not to have helped Carolyn Flanagan and many others who made submissions to the royal commission.

This is another great example of how we in Australia can have plenty of laws and regulations, but the real questions: are the laws actually enforced and do we ever learn lessons from history?