Unexpected arrival: Study describes the mothers most likely to give birth outside of hospital 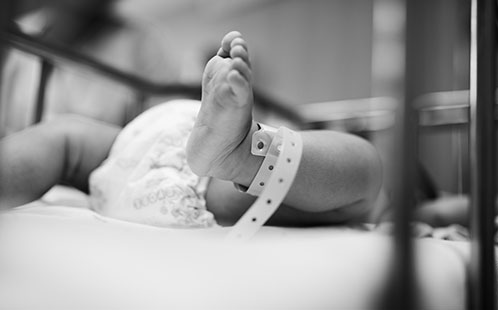 Waiting for a baby to arrive can be anxious business. Once labour starts, how long do you wait before going to hospital? Should you take your time, have a bath, and prepare for a long labour – or is your baby likely to crown when you’re stuck in traffic?

Researchers from Western Sydney University and Flinders University have analysed data on more than one million recorded births in NSW from 2000-2011 – to understand the factors that may contribute to babies being ‘Born Before Arrival’ (BBA) to hospital.

The results, published today in BMJ Open,(opens in a new window) indicate that babies are most likely to be BBA, if:

Born Before Arrival – or BBA – is recorded for the birth of any infant of more than 20 weeks’ gestation and over 400 gram birthweight which occurs outside of the hospital, birth centre setting or planned midwife attended homebirth.

Professor Hannah Dahlen, from Western Sydney University’s School of Nursing and Midwifery, says women often express a fear of giving birth on route to the hospital, and – while it is rare – these fears do have some basis.

“In Australia, around 4 in 1000 births occur before the mother has arrived at hospital,” says Professor Dahlen.

“These stats do not include planned home births which are attended by midwives. Most often, BBA is recorded when mothers intend to give birth at hospital, but the mother has not been able to make it in time.

“Usually, the baby has been born in the home, on the way to hospital or in an ambulance – without a midwife or doctor in attendance.”

From this dataset, researchers developed a demographic profile of the mothers most likely to give birth before arriving at hospital:

Associate Professor Charlene Thornton, a lead researcher on the study based at Flinders University, says women should be educated on the risk factors which may mean they should make haste when heading to hospital.

“It is really important that women don’t worry too much about this happening – as the chances are small and most of the time it all turns out well,” says Associate Professor Thornton.

“However, if you expect that you might have difficulty getting to hospital; you are having your second baby and the first birth was reasonably quick – it might be worth having a bag packed early.”

In case your baby does arrive early, the Western Sydney and Flinders University experts have prepared some advice – via The Conversation.(opens in a new window)