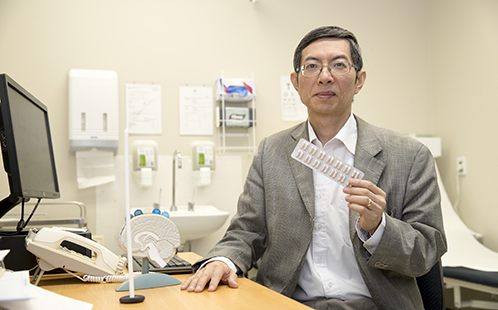 Australians aged 40 and over with dementia are encouraged to participate in one of the nation’s largest clinical trials investigating a novel Chinese herbal extract Sailuotong (SLT). Conducted by NICM Health Research Institute (NICM), the Phase III clinical trial has added three new hospital sites across NSW, VIC and QLD, with further sites planned for SA and WA. The site expansion coincides with positive results from an independent clinical trial of SLT published in the recent journal Alzheimer's & Dementia.

The Chinese study included 325 participants and suggests SLT as an effective treatment for vascular dementia, improving cognition and daily functioning in Chinese patients with mild-to-moderate vascular dementia. The results reported improved functioning in multiple domains, such as memory, orientation, language and executive function after 26 weeks of SLT treatment.

These promising results are highly significant, as current available treatment options for vascular dementia are very limited. If the present Australian clinical trial is successful, SLT will be an effective frontline treatment for thousands of people across the world with vascular dementia.

Held at NICM’s facilities at the Westmead precinct, the meeting aims to increase engagement and participation in the Australian study and discuss the recent Chinese trial results and potential implications for the Australian trial.

Chief Investigator of the Australian Phase III trial, Professor Dennis Chang, from NICM Health Research Institute at Western Sydney University, said “the meeting is an opportunity to hear from Professor Jia, one of China’s leading neurologists and researchers in dementia.”

“We will also discuss practical approaches to help study sites and researchers recruit and retain volunteers for our 52-week study. We aim to recruit at least 226 participants by mid next year to ensure robust scientific data and conclusions.”

Eligible patients are now being enlisted for the new hospital and clinic sites in The Royal Melbourne Hospital, Brisbane’s The Prince Charles Hospital, and Southern Cross University and St Vincent Hospital in Lismore.

“The results of the Chinese trial are very encouraging and consistent with our previous pilot study conducted,” said Professor Daniel Chan, clinical trial Principal Investigator and Medical Director of Aged Care and Rehabilitation at Bankstown-Lidcombe Hospital.

“The Phase III trials, which is the stage we’re currently involved in, will be able to indicate further if this is the case. Patients volunteering in the trial will take two capsules twice a day for 52 weeks and attend clinical visits so their health can be closely monitored,” he said.

If you are interested in participating in the clinical trial please phone the hotline 02 4620 3578 or email dementiatrial@westernsydney.edu.au.