Cycle of infant reflux signals a call to help mothers 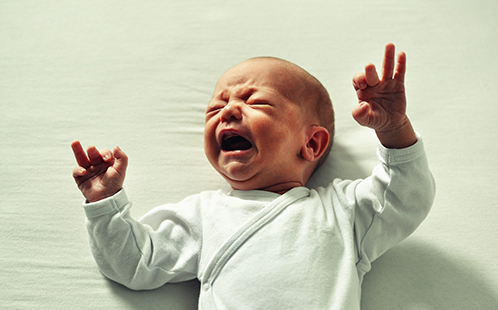 Western Sydney University research has found that first-time mothers with mental health issues – in particular, maternal anxiety – are five times as likely to have their baby noted as having reflux when admitted to hospital.

Professor Hannah Dahlen from the University’s School of Nursing and Midwifery led a research team which analysed the reasons for infants being admitted to Karitane and Tresillian, the Residential Parenting Services (RPS) in NSW, within the first 12 months following birth.

The three-phase project included an analysis of NSW hospital records from 2000-2011; a random audit of 326 medical records from admissions to RPS; and eight focus groups with 45 nurses and doctors working in RPS.

The results, published in BMC Paediatrics,(opens in a new window) reveal:

The compelling research also painted a picture of these mothers, who had a baby admitted to hospital and also had GOR/GORD documented, as more likely to be:

Professor Dahlen says the new research on reflux calls for better support for women caring for new babies, at what can be a stressful and at times lonely journey.

Gastro-oesophageal reflux (GOR) is a common condition in infants. Symptoms include frequent spitting up; interrupted sleep; fussiness during or following feeds; constant or sudden crying; irritability and back arching.

Professor Dahlen says reflux is a common condition that should rarely require further investigation or treatment – yet rates of GOR/GORD diagnosis and treatment are significantly increasing and these treatments are not without effect on the child’s longer term health.

Professor Dahlen says the research is telling us that a GOR/GORD diagnosis, particularly when some of these other factors are involved, should raise a red flag to health professionals.

“If health professionals delved a little deeper, they would find that it may be the mothers that actually need help – and sometimes, there may be better ways to deal with the issues without the need for anti-reflux medication,” she says.

Professor Dahlen says the very last thing we want to do is cast any blame on women.

“We focus so much on birth as a medical or increasingly a surgical event, and not enough on how women are coping. This research tells us that ignoring this is to the detriment of women, their babies and families.

“The medical community needs a rethink on this complex issue and take a more holistic approach. We propose a new way of approaching the GOR/GORD issue that considers the impact of early birth, caesarean section, and maternal mental health/ anxiety.”

The team of researchers who undertook this study are now moving forwards with research into how to better support women who are anxious and what contributes to women’s anxiety.