The following opinion piece by Dr Hadeel Al-Alosi from the School of Law was first published in The Conversation (opens in a new window). 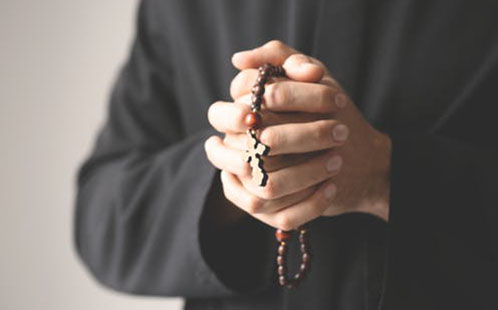 Last December, the Royal Commission into Institutional Responses to Child Sexual Abuse made public its final report, containing 409 recommendations. The inquiry revealed that there were numerous instances where senior officials in churches failed to report allegations of child sexual abuse while in their care.

Since then, there have been steps forward. For example, on July 1, the National Redress Scheme was established to support people who have experienced institutional child sexual abuse.

What has been particularly controversial is recommendation 7.4, which states:

Laws concerning mandatory reporting to child protection authorities should not exempt persons in religious ministry from being required to report knowledge or suspicions formed, in whole or in part, on the basis of information disclosed in or in connection with a religious confession.

The conflict between the rules of the Catholic Church on the confidentiality of confessions and mandatory reporting laws is not a new issue. These laws require people from selected professions (known as “mandatory reporters”) to report suspected child abuse to government authorities. However, recommendation 7.4 has recently reignited the debate.

Australian state and territory governments are responsible for mandatory reporting laws. They have shown an intention to introduce laws that would give effect to the Royal Commission’s recommendation. If introduced, these laws would result in priests facing criminal charges if they fail to report child abuse disclosed in confession.

On 1 October, South Australia will become the first Australian jurisdiction to introduce a law compelling a “minister of religion” to report any confessions of child sexual abuse.

Former Prime Minister Malcolm Turnbull has argued the “safety of children should always be put first”.

However, Catholic priests argue that such laws would not “make children any safer”. They maintain that the proposed laws are “contrary to their faith and would hamper religious liberty”. Some priests are apparently “willing to go to jail” rather than break the seal.

Canon law forbids priests from disclosing a confession. It declares:

The sacramental seal is inviolable; therefore it is absolutely forbidden for a confessor to betray in any way a penitent in words or in any manner and for any reason.

A priest who violates the confessional faces ex-communication, which is the most severe form of punishment in the Catholic faith.

While maintaining the confessional seal is “inviolable” within the Catholic Church, there is no obligation on Australia’s secular society to recognise canon law.

Religious privilege
The most recent census shows that Australia is a secular and multi-faith society. Yet, some laws in Australia continue to provide an exception for religious organisations.

The privilege conferred on religious organisations would be significantly limited if recommendation 7.4 is adopted.

The religious freedom argument
Central to the debate has been that protecting the seal of confession is part of religious freedom. Priests who oppose the proposed law have argued that denying the “confessional privilege would leave them in fear of surveillance and prosecution for their religion”.

Religious freedom is recognised under section 116 of the Constitution and by Australian courts.

Australia is also a party to a several international agreements that protect religious freedom, such as International Covenant on Civil and Political Rights.

However, rights are not absolute, especially where there are competing rights that seek to protect people from harm. Child sexual abuse is a horrific crime that violates children’s rights. No freedom of religion argument should prevail over the rights of children not to be abused.

What will ending the secrecy achieve?
Laws mandating priests to break the confessional seal by reporting child sexual abuse sound good in theory. However, we know what is good in theory does not always work in practice.

The practicality and effectiveness of laws removing the confessional seal are questionable. This is particularly so if religious leaders are refusing to abide such laws. Because the Catholic Church has accounted for the majority (61.8%) of sexual abuse allegations investigated by the Royal Commission, the proposed legislation seems futile without the support of their clergy.

It would be wishful thinking to believe child molesters would disclose their offending in confession if priests were legally obliged to break confidentiality.

Arguably, maintaining the seal might prevent molesters from committing further acts of sexual abuse. During the confession, a priest can encourage the abuser to seek psychiatric help or come forward to the police. Indeed, some priests claim they would deny absolution to those unwilling to seek treatment or counselling for their offending.

Yet, there is a significant risk that abusers will continue to offend if they are not reported to authorities.

According to Bishop Greg O’Kelly, child abuse confessions are uncommon. He reported that “no one had ever confessed it to him in his 46 years as a priest”. This is consistent with claims made by clergy to the Royal Commission.

However, this conflicts with Dr Marie Keenan’s small-scale study, which was also referred to during the Royal Commission’s inquiry.

In this study, eight of nine of the priest participants admitted the confession box provided them with a “safe” place to confess sexual abusing children, resolve never to offend again, and seek forgiveness. Keenan observed that the secrecy and safety of the confessional space might have encouraged the abuse to continue.

We need to think outside the confessional box
The effectiveness of laws requiring priests to report child abuse in preventing future offending is difficult, if not impossible, to measure. But that is not an excuse for inaction.

We should pause and consider the implications of laws limiting the confessional seal. What would subjecting priests to criminal censure if they fail to report confessions of child abuse to the authorities accomplish? What is the lesser of the two evils: having no confession at all or having a confession with the prospect of priests guiding abusers to seek help?

Most importantly, it must be ensured that whatever is decided the situation is not made worse for victims, survivors and children in the care of institutions.