Acting out, acting their age or something more serious? Dealing with difficult behaviour in children

The following opinion piece by Dr Katrina Barker from the School of Education, was first published with full links in The Conversation.(Opens in a new Window)

At some stage in every child’s life they will exhibit defiant, impulsive or even disobedient behaviours.

A lot of this is normal, but when behaviour disrupts a child’s everyday functioning, it becomes abnormal and parents should seek professional advice. Parents can make a difference by using evidence-based strategies to encourage positive behaviours.

For almost one in seven Australians aged four to 17 years, the occurrence of disruptive behaviour is significant in nature, persists over time and tends to mismatch with their developmental stage.

Signs the behaviours are more severe include if it impacts on the child’s functioning at school or with family and friends, and if it causes the child personal distress. These indicate the behaviour needs deeper investigation and the support of a specialised professional as early as possible.

There is disagreement about whether preschool-aged children can or should be diagnosed with disorders, given the vast range of behaviour considered “normal” at this age. Most disorders tend to be diagnosed in school aged children, generally aged 10-14 years.

Where can parents go for help?

Knowing where to start can be overwhelming when seeking support for severe and persistent disruptive behaviour. Avoid “Dr. Google” or websites claiming to provide symptom checkers, as they can give alarmist findings.

Some of the resources teacher educators refer to can be useful, such as Response Ability(opens in a new Window), which provides fact sheets and podcasts on various behavioural disorders.

If you’re still concerned after doing some reading, a visit to the GP is a good starting point. The GP can provide an initial assessment and refer the child and family to other professionals if additional assessment, treatment and support are necessary.

Access to specialists, such as a paediatrician or psychiatrist, requires a GP’s referral. Referrals are not required to visit a psychologist, but it’s best to visit the GP initially to help determine whether this is necessary. The GP can also refer to someone they highly recommend.

Meltdowns, yelling and defiance or even being ignored by a child is usually normal – most likely, they are just acting their age. For the majority of children, instances of disruptive behaviour are minor in nature and infrequent. Importantly though, it’s possible to prevent difficult behaviour by using some effective, evidence-based strategies.

Research shows using positive strategies to address difficult behaviour is more effective than using punishment or coercion. Although you might notice an immediate response, punishment only temporarily stops the behaviour, and it’s likely the behaviour will appear again in the future.

Think about when you drive past a speed camera. What do most people do? They temporally slow down, but once they’ve passed the camera they usually speed up again.

Punishment also has a number of unintended consequences, such as undermining relationships. It can lead to rebellion and reduces a person’s autonomy and problem-solving skills.

Using positive behavioural strategies not only decreases unwanted behaviour, it promotes positive social behaviour and strengthens relationships. Some strategies will be more effective than others, depending on the child’s preferences. Try a few different strategies, and if one doesn’t work, stop using it. Move to another technique. Try some of these effective strategies: 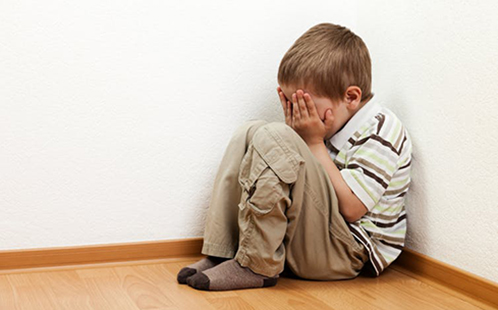 If you find the behaviour persists after using a range of positive strategies, it’s time to introduce consequences. A continuum of consequences start with the least obtrusive strategies and incrementally increase in severity.

First, use prompts such as eye contact or facial expressions to note disapproval.

Then, remind them of what behaviour you want to encourage. For example, “what should you be doing?”

Move closer to the child and use a calm matter-of-fact tone of voice, or try using a whisper voice.

Remind the child of the behaviour you do want to see.

Finally, when used well, time out can be effective. Consider having an appropriate location for the time-out period. It needs to be quiet, private with minimal stimulation.

Act quickly after the behaviour occurs and give a concise reason for sending them to time-out. Prompt them to think about what they could have been doing differently. Ignore secondary behaviours while in the time-out period (like screaming, wriggling or pleading).

Avoid talking to them until the end of the time-out period. Two to three minutes is usually the amount of time. Before exiting, ask the child to remind you why they were put in time out and what they could have done differently. Catch them being good as soon as you can and remind them how much you love them.