With wariness on both sides, the US strikes a conciliatory note on China 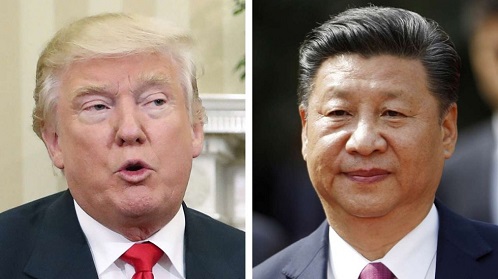 The following opinion piece, by Dr David Walton from the School of Humanities and Communication Arts, was first published by The Conversation.

A core question in Australian foreign policy circles is how the Trump administration will deal with an increasingly powerful China.

The news that US President Donald Trump has invited Chinese President Xi Jinping to a two-day meeting on April 6 and 7 at Trump's resort in Florida raises several challenges. In particular, Trump has to create a clearer and more coherent China policy. Xi may want to directly or indirectly discuss power-sharing arrangements as well as bilateral trade, the South China Sea dispute, and North Korea.

There is a great deal of uncertainty about China within the Trump administration. Key positions in the White House have yet to be filled, and statements have vacillated between hard line and conciliatory.

During the election campaign and first few months of the new administration, Trump has signalled his intention to make major changes to US relations with China. However, there has been no substantial change in policy so far.

His provocative statement has since been modified, given the potential for direct military confrontation with China. The clarification was that the US is not challenging Chinese access to the islands in peacetime.

Despite this conciliatory measure, Trump's first budget proposal, which requires Congressional approval, increases defence spending by a whopping US$52 billion.

Clearly, the massive military upgrade would be interpreted in Beijing as a signal about US intentions to remain a power in the Asian region, and to hold firm in the South China Sea.

The phone conversation between Trump and Taiwanese President Tsai Ing-wen last December has been another highly unsettling issue for Beijing.

The decision by the Trump team to receive the call raised questions about support for a One China policy. Key Trump advisers (such as Peter Navarro) have strong connections in Taiwan. A significant arms deal with Taiwan, including anti-rocket systems and anti-ship missiles, is underway.

Was the phone call and stronger focus on Taiwan a change in policy direction, or a decision designed to unsettle China?

Either way, the actions in Washington indicate that Henry Kissinger's influence on US-China relations has substantially diminished. Kissinger was a main player in the normalisation of relations with China and has been directly and indirectly influencing US foreign policy and relations with it for the past four decades.

Kissinger, and many of the conservative "Asia hands" who publicly criticised the Trump team during the election campaign, have been left outside the tent and are no longer directly influencing policy.

To understand how US-China policy might unfold, it is worth reflecting on Tillerson's recent visit to the Asian region. His mission over five days was to visit Tokyo, Seoul and Beijing to discuss solutions to North Korea's provocative nuclear program and missile testing.

Given this was the first official outing for the newly minted secretary of state, the visit was an opportunity to assess the Trump administration's ability to deal with the North Korean conundrum that had thwarted the efforts of the past three US presidents.

In Tokyo, Tillerson made it clear that Japan was the cornerstone of peace and stability in the Asia-Pacific region and sought Japanese views on how to deal with North Korea. In Seoul, Tillerson said rather bluntly that the policy of "strategic patience" with North Korea was over, and all options for dealing with the rogue state were on the table.

Notably, Tillerson's statements on North Korea and the ongoing deployment of an advanced US missile defence system in South Korea (known as THAAD) evoked a sharp response from Beijing.

From China's point of view, the end of joint US-South Korean military operations near the demilitarised zone would be the only way to resolve tensions with North Korea. And the THAAD system on China's doorstep was viewed as a threat to its own security.

Trump's tweet that China needed to do more to rein in North Korea served to further fan tensions.

More conciliatory language by both sides was evident when Tillerson met with Chinese Foreign Minister Wang Yi. Both agreed to work together in a constructive and pragmatic manner in order to place pressure on North Korea to denuclearise.

The meeting on the final day with Xi went further. The Chinese president expressed a desire to promote a healthy and stable Sino-US relationship from a new start.

A new pattern in US-China relations?

Over a tumultuous several days during Tillerson's visit there was orchestrated bluster from both the US and China. In the end, both countries took a more conciliatory and pragmatic line.

This may well become the pattern of relations over the next few years, as China continues to test US hegemony at both a regional and global level.