Western Sydney University is proud to be the Education Partner of the world's largest short film competition, Tropfest, as it celebrates its 25th year.

Tropfest is being held on Saturday 11 February at its new home, the historic Parramatta Park (opens in a new window) in Western Sydney. Tropfest attracts some 70,000 fans to the event each year.

Under the partnership, the University is also pleased to be the program partner for TropTalks, which kick off on 7 February.

TropTalks are a series of forums to give filmmakers an opportunity to understand key industry trends and discuss and debate key topics with industry experts.

Two of the TropTalks will take place at the University's new multi-million dollar Parramatta City campus, one of the country's most digitally infused and technologically rich learning environments. 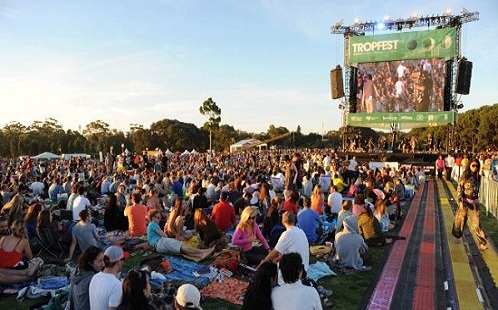 One of the panelists for TropTalks is the University's own Dr Amin Palangi, an award-winning director, and lecturer in media arts production with the School of Humanities and Communication Arts.

Dean of the School of Humanities of Communication Arts, Professor Peter Hutchings, says Western Sydney University is delighted to partner with Tropfest – one of Australia's most iconic cultural events.

"Western Sydney University has a strong track record of nurturing and developing some of Australia's most promising film talents," says Professor Hutchings.

"As Tropfest moves to the geographical heart of Sydney, we are excited to be joining with the Tropfest team as they celebrate the festival's 25th anniversary, and embark on the next phase of the festival's development."

The winner of the Tropfest competition on Sunday 11 February will be offered the opportunity to use Western Sydney University's state-of-the-art broadcast studios, free of charge.

Since its inception in 1993, Tropfest has played a pivotal role in fostering the careers of some the biggest and brightest names in the film and TV industry, including Sam Worthington (Avatar), Joel Edgerton (The Great Gatsby), Rebel Wilson (Pitch Perfect).