Two Western Sydney University students have been given the opportunity of a lifetime – to study data science and work in a multinational defence and security company in France.

Whilst in France, Daniel and Benjamin will also work in internship positions within the Nice office of Thales’s Underwater Systems business – a global technology leader in the Aerospace, Transport, Defence and Security markets. 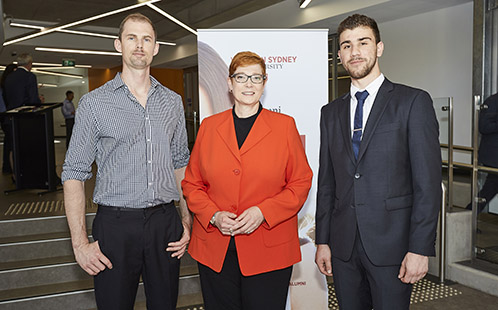 At a time when submarines are high on the defence agenda for both Australia and France – the combined scholarship and internship positions with UNICE and Thales present a unique and exciting opportunity.

Daniel says he is looking forward to expanding his knowledge and experience within the engineering field, in an organisation that is at the forefront of technological innovation.

Benjamin, who has a strong family connection to France, says he is excited to be able to combine study and work with learning more about the French culture and language.

The unique partnership between UNICE, Thales and Western Sydney University was initiated by Nicole Forrest Green from the Lapérouse Education Fund – which has donated $10,000 towards the scholarships. 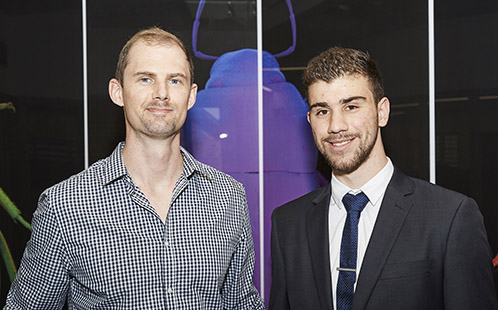 The Lapérouse Education Fund promotes educational exchange between France and Australia in the context and in the spirit of the French Enlightenment and the scientific discoveries of Jean-Francois de Galaup, comte de Lapérouse.

“Lapérouse was a man of dignity, respect and courage with an eye for new horizons and discoveries. It was in this spirit that award recipients of this innovative scholarship were assessed,” says Ms Forrest Green.

Professor Simeon Simoff, Dean of the School of Computing, Engineering and Mathematics at Western Sydney University, says the University welcomes this kind of collaboration with community and industry.

“Daniel and Benjamin are receiving a life changing opportunity and we look forward to continuing this close working relationship with the Lapérouse Education Fund and with Thales,” says Professor Simoff.