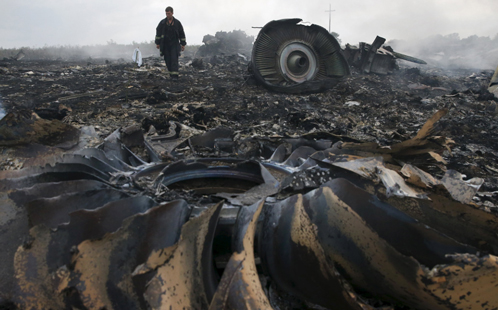 The shooting down of Malaysian Airlines flight MH17 is back on the international legal agenda after Ukraine instituted proceedings against Russia overnight in the International Court of Justice (ICJ), says a Western Sydney University international law expert.

Flight MH17 was shot down and crashed in Ukraine in July 2014, killing all 283 passengers and crew on board, including 38 Australians. An international team of investigators recently reported that the plane was attacked from territory controlled at the time by pro-Russian rebels.

However, despite calls for the institution of criminal proceedings against those responsible, little progress has been made internationally to bring this tragedy before the courts. However, on 16 January, Ukraine formally approached the ICJ in The Hague, seeking a declaration that Russia was internationally responsible, and should therefore be required to make full reparations for the shooting down of the plane.

A former Visiting Professional at the International Criminal Court, Professor Steven Freeland, from the School of Law, says the timing of the court action is interesting.  "The claims initiated by Ukraine are very broad, and the reference to the MH17 tragedy is only one of several alleged violations by Russia.  Proceedings at the International Court of Justice typically take years to resolve, but it is interesting that Ukraine lodged its papers only a few days before Donald Trump is sworn in as US President," he says.

"President-elect Trump has signalled a more positive approach towards relations between America and Russia. In that context, the situation involving Ukraine – which includes the destruction of MH17 – would likely fall even more away from view as a major sticking-point between the two countries."

"The initiation of these potential court proceedings therefore may be important in terms of keeping that situation in the news, even as the new President serves his first term."

Professor Freeland cautions that any action in the ICJ involves disputes between countries; it is not a criminal court. However, as he has argued in the past, the situation in Ukraine could also be brought within the jurisdiction of another court, the International Criminal Court (ICC), which has the power to investigate and prosecute those individuals responsible for the shooting down of the plane.

"The Australian Government and others seeking justice for the victims of MH17 should use this development to reiterate that this matter is also currently within the jurisdiction of the ICC," he said. "A thorough examination by that court would therefore allow for legal investigation not only of the acts of the two countries, but also of those individuals involved in this crime."