Living with the legacy of the great infrastructure sell-off 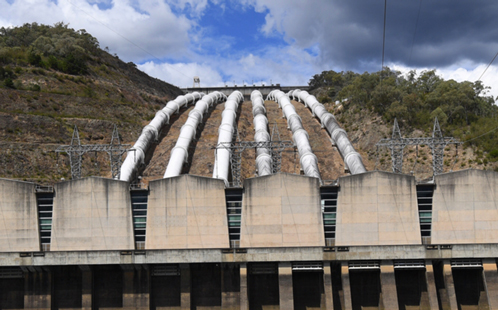 The following opinion piece, by Director of the Centre for Western Sydney Professor Phillip O'Neill, was first published (opens in a new window) by The Conversation.

The utilities flourished in Australia as a nation-building exercise following the second world war. The Bretton Woods (opens in a new window) agreements entrenched Keynesian fiscal behaviours across the Western world.

The utilities thrived on the willingness of governments to raise capital for public works. They were also central to the development of state capacity and the assembly of a career-based professional public service. As part of the social compact, the public accepted reasonable user pricing for the availability of water, energy, public transport and telecommunications services.

Hence, the utilities and the state-owned enterprises led the roll-out of urban infrastructure in the second half of the 20th century. This roll-out shaped the nature of Australian urban life, its format and flows.

But then fiscal crisis of the state descended in the 1970s and 1980s. The sell-off of public assets was seen worldwide as a solution to state indebtedness. Arguments that private enterprise could deliver infrastructure services more efficiently added impetus.

Few governments resisted the sell-off urge. Australian governments, state and federal, participated in the sell-off, though in a stuttering manner. Through time, however, the change has been substantial.

Abbott and Cohen (opens in a new window) calculate that the output of state-owned enterprises in Australia in 1989-90 accounted for 7% of GDP, 9% of total employment, and 14% of gross fixed capital expenditure.

By 2011-12, the output of state-owned enterprises had fallen to 1.3% of GDP. Their gross fixed capital expenditure contributed only 1.8% of the nation's total. The authors estimate that proceeds from privatisations in Australia since 1987 total around A$194 billion (in constant year 2000 dollars).

The shedding of public responsibility for infrastructure meant public investment in Australia as a share of GDP fell from more than 5% in the mid-1980s to well below 3% by the end of the 1990s (opens in a new window).

What's in it for investors?

There is much to understand about the sell-off. Here I focus only on why private investors are willing to pay extraordinary prices to acquire urban infrastructure assets.

The attraction of investing in an urban infrastructure asset comes from the infrastructure services being embedded in the daily flows of people, water, energy and information throughout a city. The flows of a city are remarkably ordered in terms of volume, direction and timing.

Thus, the efficiency of infrastructure provision comes from the predictability of the flows of a city. These in turn come from a historical patterning and sequencing of behaviours by householders and firms as they read off and conform to each other's movements.

An example is the relatively sympathetic structuring and sequencing of work hours and school hours. This ensures that public transport facilities are utilised more efficiently in peak hours, while the hours that parents and children spend together are made more convenient.

The books of a utility or state-owned enterprise, then, represent a discrete set of households well trained to pay their monthly bills. This is precisely the type of revenue stream that pension, insurance and sovereign wealth funds seek when faced with the peculiar problem of having surplus cash to lock away for at least the next two decades.

What did we lose in the sell-off?

Perhaps it was clever to have solved a government debt problem in Australia back in the day through a sell-off of assets to a new class of long-term investor. But as a consequence we have lost other things.

Infrastructure as a planning tool to shape our cities is one. Revenue streams to subsidise needy customers or supply to remote locations is another.

And, critically, we have lost the opportunity for the state to revamp energy, water and transport systems to allow for innovative supply and demand formats – such as distributed electricity supply networks – that are more appropriate to a climate-threatened planet.

Long-term privatisation contracts, most of them closed to scrutiny, lock urban infrastructure provision into 20th-century formats.

The difficult task now will be their unlocking.