Survey suggests sushi should be on the State of Origin menu 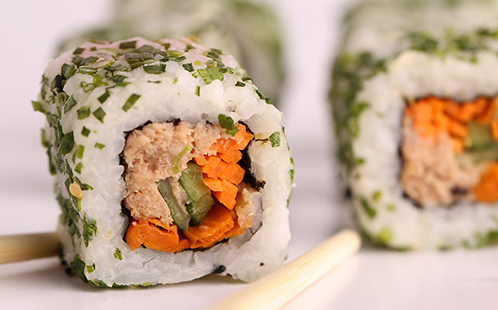 In the lead-up to State of Origin, Western Sydney University experts in sport management and hospitality say Origin venues could combat high levels of consumer dissatisfaction by selling sushi to footy fans.

Participants were asked to rank their satisfaction with elements of the sporting experience on a scale from one to five – one being the lowest possible score, and five being the highest.

Dr Parry says the survey results revealed that, footy fans at all of the venues were dissatisfied with the food and beverage options.

"Scores were low for all venues, however the Maroons out-do the Blues in terms of food – as Suncorp Stadium proved to be a better performer than ANZ Stadium, with an overall mean rating of 2.06," says Dr Parry.

"Blues fans are suffering in the food and beverage stakes, as ANZ Stadium rated the poorest stadium with a mean rating of 1.74.

"Of the included stadiums, the best food and beverage performer was Etihad Stadium – with an overall mean rating of 2.28. Across all venues, the price of food rated the biggest pain point with a mean score of 1.66."

Dr Parry says the results indicate that sporting fans are moving away from the typical meat pie, chips and beer stadium menus.

To meet the demands of the modern stadium-goer, Dr Parry suggests that the Stadiums offer State of Origin footy fans an alternate food and beverages menu that is:

"Stadiums can turn the tables and impress the palates of footy fans by providing healthier and cheaper alternatives – and Japanese Nori or sushi rolls tick all the boxes," says Dr Parry.

"Sushi rolls are increasingly popular in Australian shopping mall food courts; they can be pre-prepared, making them quick and easy to order and serve; are generally healthy; and can be eaten with one hand," he says.

Dr Parry says Australia lags behind other nations in terms of food and beverage offerings in its stadiums; however recent Australian stadium redevelopments suggest that some stadiums might be on the right track.

"The key is to include more varied, higher quality, healthier food and beverage options that represent better value for money. Get it right and there is a potential to draw larger crowds from more diverse population groups to stadiums."