Prestigious student scholarship to advance our understanding of fern genetics 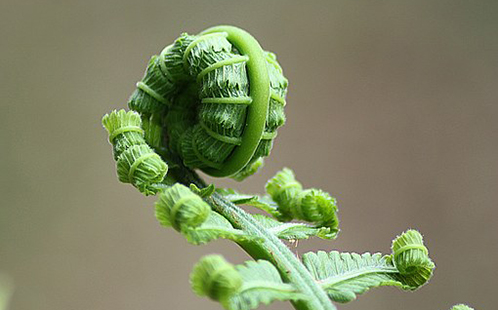 A University of Florida graduate student will spend three months within Western Sydney University's biological laboratories, to advance his research into "one of the most complex clades of life": the diversity and evolution of green plants.

Blaine Marchant was awarded a prestigious scholarship from the Australian Academy of Science and the National Science Foundation of USA.

The scholarship, valued at $10,000, has funded his visit to Western Sydney – where he will work under the guidance of Associate Professor Zhonghua Chen and other experts in molecular biology within the University's School of Science and Health.

On his personal website,(opens in a new window) Blaine says his career path as an environmental scientist began with his childhood fascination with the natural world.

"I was the 'animal-kid,'" Blaine says. "The one child in class with his room stocked full of bizarre pets, ranging from frogs and toads caught in the local ponds to chameleons, hissing cockroaches, and poison dart frogs from exotic, distant habitats."

Blaine says his interests soon switched from animals to their native environments – specifically the plant life the fauna would interact with. In high school he built a greenhouse, which he still uses to grow tropical plants such as orchids, bromeliads and pitcher plants.

At Western Sydney University, Blaine will be researching the evolutionary genomics of land plants – in particular ferns – in order to understand how genome organisation, structure and characteristics have evolved and affected plant diversity.

"Specifically, I am investigating what genomic features characterise and comprise the vast fern genome and how they compare to the various other land plant lineages," says Blaine.

Associate Professor Zhonghua Chen says many plant genomes have already been sequenced, revealing fascinating aspects of plant and crop species. However ferns have large genomes, which are hard to sequence.

"Blaine's research into the genetics and genomics of ferns will advance our understanding on the evolution of plant functions and their potential use for agriculture in the future," says Associate Professor Chen.

"Blaine's research is part of a large initiative conducted by the International Fern Genome Consortium. The work he conducts at Western Sydney University will contribute significantly towards the success of the Consortium, by developing a more comprehensive understanding of the MADS-box gene family's role in the fern life cycle."