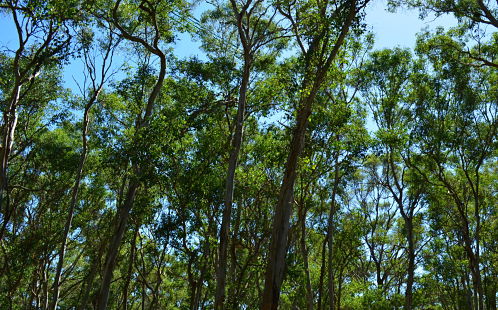 A new study involving Western Sydney University, The Australian National University (ANU) and international collaborators has found that plants release more carbon dioxide into the atmosphere through respiration than expected, and the problem will worsen with climate change.

Professor Mark Tjoelker said changes to these processes in response to a warming climate would have profound implications in terms of the amount of carbon emissions from burning fossil fuels that plants can soak up.

"Increases in respiration in a warming climate could portend a declining capacity of vegetation to absorb carbon emissions," he said.

The research is published in Nature Communications (opens in a new window).

The ANU team led the study’s data collection, which comprises measurements of carbon dioxide release by plant respiration from about 1,000 plant species.

Plants capture carbon dioxide and then release half of it into the atmosphere through respiration.

Professor Owen Atkin from the Research School of Biology and the ARC Centre of Excellence in Plant Energy Biology at ANU said the study revealed that the release of carbon dioxide by plant respiration around the world is up to 30 per cent higher than previously predicted.

He said the carbon dioxide released by plants every year was now estimated to be about 10 to 11 times the emissions from human activities, rather than the previous estimate of five to eight times.

“The study shows that as global temperatures increase, the amount of carbon dioxide released through plant respiration will increase significantly,” said Professor Atkin.

The study uses plant respiration data from about 100 remote sites globally, from hot deserts in Australia, to deciduous and boreal forests in North America and Europe, arctic tundra in Alaska, and tropical forests in South America, Asia, Africa and Australia.

Lead author Dr Chris Huntingford, from the Centre for Ecology and Hydrology, said these data combined with carbon cycling models provide unprecedented insights into the extent of global plant respiration and how future climates could affect this process.

"The study highlights the need to review carbon budget projections, and how carbon flows in and out of plants across the world," he said.