The College provides pathway programs across a number of campuses for students seeking alternative entry to Western Sydney University – particularly those from migrant, refugee and educationally-disrupted backgrounds.

The Sydney Olympic Park location is the only campus dedicated to English language programs, which are having a transformative effect on the lives of students.

A total of 500 international students from more than 30 different nationalities study at the campus each year, which also has 50 staff, many of them bilingual.

The campus operates across two floors, and features purpose-built facilities such as specialised rooms for both IELTS (International English Language Testing System) and the Pearson Test of English, as well as teaching spaces, quiet study zones, staff offices, and break-out recreational areas. 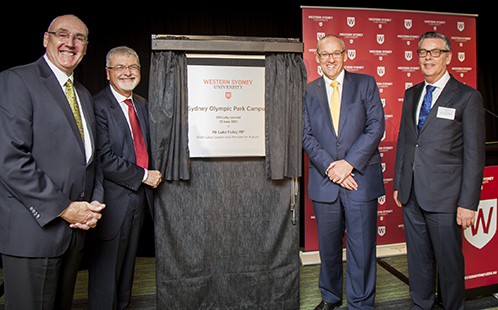 The College is also helping those displaced by civil war and global unrest to rebuild their lives, by providing four Refugee Scholarships per year to study English at the Sydney Olympic Park campus.

These scholarships assist with the cost of study, giving newly-arrived students from refugee backgrounds an opportunity to improve their English language skills and help them on the path to a happy and productive life in Australia.

"Expanding our College programs to accessible, central locations such as Sydney Olympic Park ensures the University is fulfilling its mission to improve educational outcomes for the people of Greater Western Sydney." 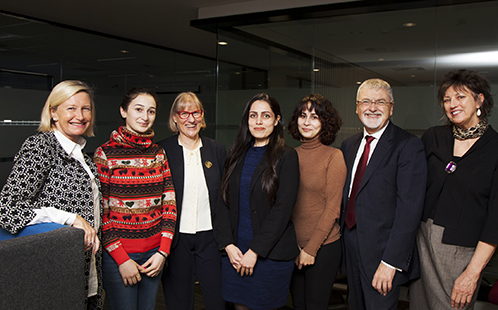 Mr Andrew Dawkins, CEO of The College, says the English programs offered at the new campus are vital to international students who are keen to further their tertiary education.

"The College has a long and successful track record in helping those who might have had significantly disrupted backgrounds and preparing them academically for further study at Western Sydney University.

"These new, purpose-built facilities allow us to continue that work by providing smaller, more intensive classes, helping students to thrive and reach the levels of English proficiency needed for success at university and for their future careers."