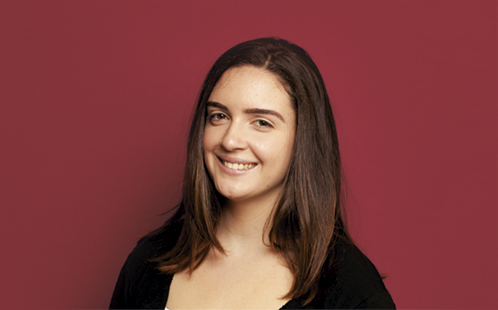 For Angela Borsellino, Liverpool is "home" – the only one that she has ever known.

"My family lives in Mt Pritchard – it is one of the best areas around here, it's nice and quiet, and nothing bad ever happens. We have been in the same house since I was born, and I can't imagine living anywhere else."

The Borsellino family rarely strays out of Liverpool. 19-year-old Angela went to school in the local area, and when she wasn't studying she would help her parents and two younger brothers in the family's Italian restaurant.

Angela says she has wanted to be a nurse "for as long as I can remember." Enrolling in Western Sydney University's Bachelor of Nursing program was like a dream come true – but Angela admits that travelling to the Hawkesbury campus has pushed her out of her comfort zone.

"I had never been to Hawkesbury before, so I had to research the campus. It's a nice place to study, and I like how peaceful it is – but the commute to-and-from Liverpool has been difficult. To make an early morning lecture, I need to leave the house at 6am. One accident and the traffic is chaos, so I like to give myself time to get there."

Angela is now in the second-year of her degree, and is looking forward to her future career as a nurse. She hopes to take on further studies and eventually work as a midwife in Liverpool Hospital. She says the prospect of a Western Sydney University campus opening in Liverpool is really exciting.

"For students in my position, having a campus close to home would make the juggle between working and studying so much easier. When you add to that the benefits of being so close to Liverpool Hospital, this new campus will create so many more opportunities for us to learn and grow."