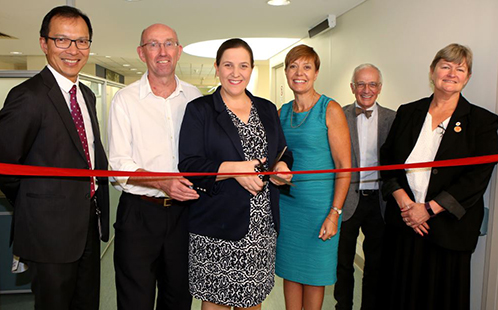 Western Sydney University researchers based at the Ingham Institute for Applied Medical Research are conducting a world-first clinical trial of new experimental medicine, which shows promise as a treatment of advanced prostate cancer.

The research will be conducted in the highly specialised Phase 1 Trials Unit within Liverpool Hospital – which was officially opened by the South Western Sydney Local Health District on December 7.

Professor Paul de Souza, Foundational Professor of Medical Oncology within the School of Medicine at Western Sydney University, says the Phase 1 Trials Unit was designed and purpose-built as the home base for innovative clinical trials.

“In the development of any new drug, the first tests are conducted in the lab and in animals. If the drug is promising at that stage, then research needs to cross the bridge into human trials. These first-in-human trials are also called Phase 1 trials,” says Professor de Souza.

“These Phase 1 trials investigate some of the unknown aspects of the drug, particularly the proper dose, whether it acts on the molecular target as projected, and of course, any side effects.” 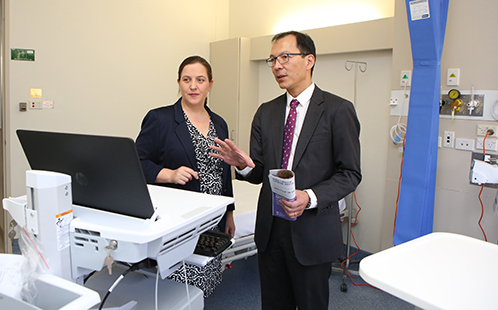 Professor de Souza says the new Phase 1 Trials Unit at Liverpool Hospital will eventually allow the laboratory to be brought to the patient.

“In clinical trials, blood samples are usually taken from a patient and then transported to research laboratories, which could be somewhere else in the world. There is always a delay when samples are shipped, and this can cause deterioration in the samples,” he says.

“In this new, dedicated space, samples can be processed immediately, allowing patients to see and understand what happens to their blood if they like, and we expect to be able to do more relevant tests, such as looking at live cancer cells floating in the blood.”

Associate Professor Kieran Scott, from the School of Medicine at Western Sydney University and the Ingham Institute, will be utilising the new Liverpool Hospital facility to research a new prostate cancer drug – known as ‘c2’ – in a clinical trial. Associate Professor Scott has been developing c2 over the last fifteen years, and says the new medicine shows promise for the treatment of advanced prostate cancer patients.

“Prostate cancer kills well over 3000 men each year in Australia. If c2 can do in men with prostate cancer what we have seen it do to prostate tumours in the lab, it could save over 1000 Australian lives each year,” says Associate Professor Scott.

Associate Professor Scott says the new medicine has been tested for side effects in the lab and no toxicity has been observed by any measure.

“The trial will seek to involve advanced prostate cancer patients, where standard therapy has failed. We are hopeful that c2 may be of benefit to patients with prostate cancer, and this clinical trial is an important step along this path,” he says.

The clinical trial is being funded by a grant from the Prostate Cancer Foundation of Australia, and is administered by Western Sydney University.