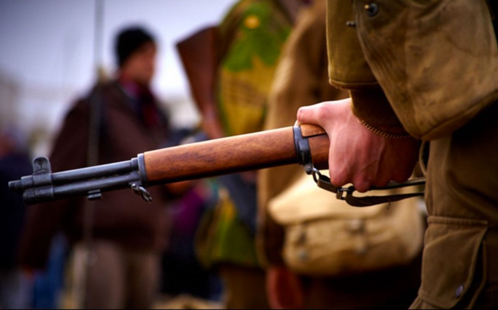 The following opinion piece, by PhD candidate Simon Levett, from the School of Law, was first published on The Conversation website.

Journalists are increasingly threatened and assassinated in conflict zones worldwide. But could the need for their protection be causing harm to free speech, and increasing the production of one-sided journalism?

For journalists, the Vietnam War was the halcyon days of conflict reporting. The media – far from being a target – had access to both parties in the conflict. Concern about journalists' safety entered the official discourse with the United States' 1983 invasion of Grenada. Inspired by similar British operations during the occupation of the Falkland Islands in 1982, the US successfully imposed a media blackout. Journalists – waiting on nearby Barbados – were prohibited from reporting on Grenada for 48 hours. After that time, they were progressively given permission to enter. The US State Department suggested that a key reason for excluding journalists was that their safety couldn't be guaranteed. At any rate, the media's absence meant the main excuses for the invasion – such as the much-hyped rescue of students – went unexamined.

Backlash at the media blackout led to a reversal of policy, but the motivating principle remained the same. In 1984, the Sidle Commission planned greater journalistic engagement through pooling reporters in combat situations. This, it was said, would protect both operational security and journalist safety in future conflicts such as the Gulf War. The option of embedding journalists with armed forces coincided with increasingly dangerous and protracted conflicts in which journalists were becoming targets. The embedding of journalists began in 1995 with the British in Bosnia. This practice continued in Afghanistan in 2001 and Iraq in 2003.

Embedding with the military is a more immediate and practical solution. But critics say journalists inevitably become partial to their military hosts, and the diversity of journalism suffers. The proliferation of one-sided journalism had been flagged as a concern in war zones even before the rise of embedded journalism. In pursuit of a much-vaunted "objectivity", "parachute" journalists reporting on armed conflict can rely too much on accessible official sources.

Countries have broad powers under international law to organise and restrict journalistic access to information if there are concerns about safety. This is regardless of the impact on free speech. According to the United Nations Human Rights Committee, the criteria are simply that the exercise of power be "not arbitrary", and that it is "necessary and proportionate to the goal in question". International human rights law regards the diversity of journalism as critical, because the journalist's watchdog function is vital to democracy. This invokes the public's right to receive information in Article 19 of the International Covenant on Civil and Political Rights and Article 10 of the European Convention on Human Rights.

However, even in the European Court of Human Rights, where the need for a plurality of information has received much attention, the judges do not favour one sort of journalism over the other as a human right. In one hate speech case, the European Court said "it is not for this court, nor for the national courts for that matter, to substitute their own views for those of the press as to what technique of reporting should be adopted by journalists."

International human rights law mainly talks of free speech values in terms of rights. Duties are also relevant, but generally underdeveloped. The "duties and responsibilities" clause in Article 10 of the European Convention on Human Rights and Article 19 of the International Covenant on Civil and Political Rights is an exception to the rule.

The original "duties and responsibilities" clause was inspired by the mass media's abuses of power. One example relates to excessive concentration of media ownership. The drafters of the European Convention were concerned about "the powerful influence of the modern media on expression upon the minds of men and upon national and international affairs." The clause has now been applied to a range of situations where journalists have "overstepped the bounds". These include defamation, incitement to violence and hate speech, whistle blowing, and safeguarding source protection.

Could the "duties and responsibilities" clause be indirectly applied to promote an ethical approach to diversity in the media in wartime? In relation to a case concerning the disclosure of a leaked document, the European Court of Human Rights suggested, in connection with journalistic duties, that "steps taken by journalists to verify the accuracy of the information may be one of the factors taken into consideration by the courts". How the duty for "accurate and reliable" journalism translates in modern war zones is a matter for future decision-makers, though the decision is a trend away from one-sided journalism towards a broader debate about ethics. In the meantime, a code of conduct for journalism in war zones might be useful to clarify free speech priorities in a safety-conscious environment.