Inspiring women named Women of the West for 2017 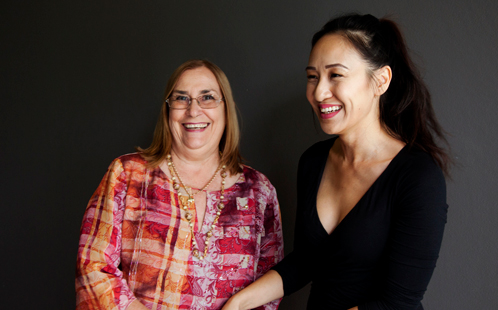 The winners of the 2017 Western Sydney University Women of the West Awards have been announced, with two enterprising women chosen for their inspirational leadership, community advocacy and tireless volunteer work.

The awards were presented by the University's Deputy Vice-Chancellor (Academic), Professor Denise Kirkpatrick, at a ceremony held on Friday 17 March at the Waterview Convention Centre at Homebush as part of the University's International Women's Day celebrations.

Guest of honour was Dr Gill Hicks, who delivered a keynote address at the event. Dr Hicks is known globally as a survivor of the 2005 London terrorist bombings, and has dedicated her life to advocating for peace. 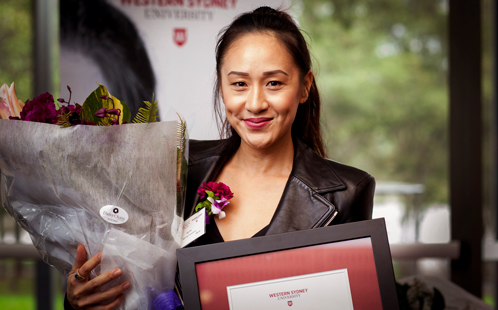 Le now runs Aspiring Promotions, which helps others share their stories of overcoming adversity and securing success. Herself a Vietnamese-Australian and coming from a refugee background, Le is keen to inspire and give back to her community. She also works with the Blue Dragon Children's Foundation, an organisation that aims to rescue Vietnam's poorest children from poverty. Meanwhile Community category winner Jenny Bombardieri was recognised for her outstanding advocacy work and commitment to social inclusion. Jenny is Executive Officer of the Recreation, Sports and Aquatics Club (RSAC), a not-for-profit group that provides sport, recreation and social activities for people with a disability. RSAC has served the community for over 30 years, with hundreds of people with a disability, as well as their families and carers, participating in RSAC programs on a regular basis.

Jenny impressed the selection panel with her drive, community spirit and compassion for others, all the while leading a thriving grassroots organisation that relies entirely on an army of volunteers.

Both Le and Jenny received a grant of $5,000 to further develop their leadership and advocacy work in their local communities. 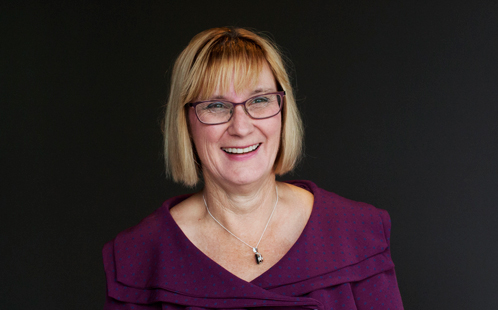 Kathryn was chosen because of her work in assisting families in the Blue Mountains region. As a lecturer in horticulture and landscape design at TAFE, Kathryn has provided landscaping and design services to an array of community groups, most notably, families affected by the devastating 2013 bushfires. Maja Podinic is a young woman using her initiative to partner local schools with young people who are new to Australia and from refugee and non-English speaking backgrounds. Through her Pen Pals Cross Cultural Program, students write to each other on a given topic, and subsequently learn more about each other's cultures. Her program has been introduced into two Western Sydney schools, and was recognised in 2016 with a Highly Commended in the Dame Marie Bashir Peace Prize award.

Kathryn and Maja received a grant of $1,000 to continue their work in the community.

Professor Denise Kirkpatrick congratulated the winners and the highly commended recipients, and said they are inspiring role models who are all passionate about making a difference.

"The Women of the West Awards are a celebration of local women who show leadership in their respective fields and who are improving the lives of people in our region," said Professor Kirkpatrick.

"Le, Jenny, Kathryn and Maja all embody this spirit. In different ways, they are all using their passion, drive and determination to ensure that our community is a more harmonious and more prosperous place."

"It's great to be able to share the amazing and often unspoken contributions that every nominee, and in particular our three winners here today, are making for the good of the wider community," she says.