How to tell when the housing market is slowing

The following opinion piece by Dr Chyi Lin Lee from the School of Business, was first published in The Conversation.(opens in a new window)

Looking at data, there is no evidence to support the notion that house prices have peaked or are on the cusp of a downward trend.

House prices in Australian capital cities rose slightly in June after falling in May. But house price indexes only show what's happening in the market over a short time frame. Housing markets are volatile and you could just be looking at a seasonal blip.

Looking at the market fundamentals, there are no signs of a housing market slowdown. These indicators include economic and population growth, the unemployment rate, new housing construction, and auction clearance rates. They give us an idea both of the overall demand in the market, as well as the ability to pay for housing.

As economic and population growth increase, for example, there is both more money to spend as well as more people in need of housing. The rate of new housing construction tells us what will happen to housing supply, and the percentage of housing successfully sold at auctions gives us an idea of where we are in the house price cycle. 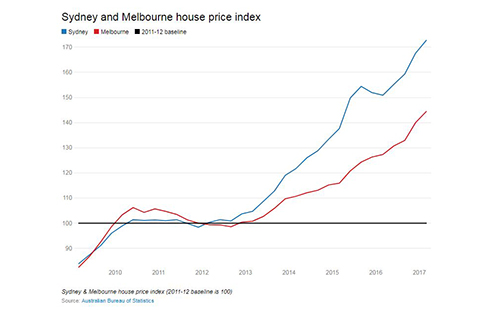 As you can see in the chart below, economic growth has been relatively strong in both New South Wales and Victoria. Growth in Gross State Product for both states was 2.6% in 2014-15, and even stronger in 2015-16; this was higher than the GDP growth rate of Australia overall.

This suggests that the local economies of both Melbourne and Sydney are performing better than the overall Australian economy. And a strong economy feeds into more demand for housing. Again, the unemployment rate in both New South Wales and Victoria is relatively low, around 4.8% in NSW and 6% in Victoria, compared with other states. Unemployment is almost 7% in South Australia, for example. Although the auction clearance rates in Melbourne and Sydney have dropped in recent months, they are still around 70%. This is comparable with the same period last year, giving no indication of a sudden movement in house prices one way or the other. 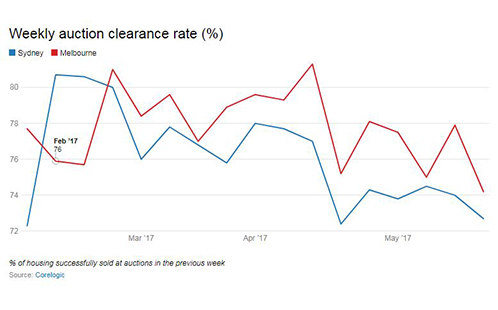 The next indicator is the proportion of vacant properties in the housing supply, also known as the vacancy rate. This is used as a gauge of whether there is too much or too little supply of housing in the market. Normally, a housing market is cooling if there are many vacant properties.

The vacancy rate has remained stable in Sydney and Melbourne recently, within a range of 1.7-2.2%. This suggests that there is little evidence of an oversupply of housing, and that housing demand is strong in both markets. 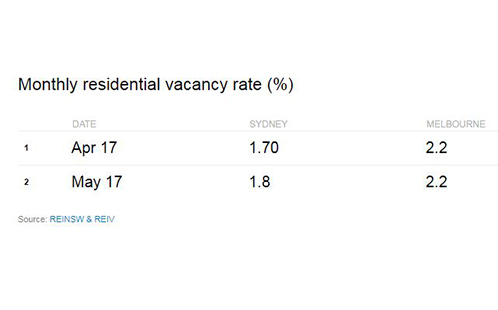 Sydney and Melbourne show signs of strong population growth. This is true not just now, but over the past 6 years. As we can see in the following graph, both cities have recorded growth rates ranging between 13,000 and 43,000 people per quarter.

The strong population growth rate reflects that the fundamental demand for housing in both cities are high. Although more new dwellings have been completed in recent years, the levels are far below population growth. This suggests that there is still more demand than supply in the housing markets in Sydney and Melbourne. 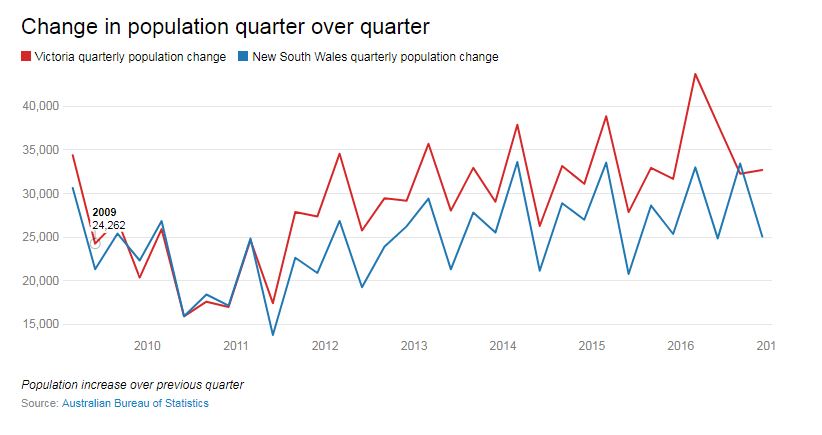 The discrepancy between May's decline in capital city house prices, and the other indicators that show no slow down in demand, illustrate the problem. These other indicators give you a better idea of overall demand for housing, which is what drives prices over the longer term.

Based on the prices alone, it is too early to tell whether the housing markets in Sydney and Melbourne are slowing or if they are on a downward trend. And the other indicators of the wider economy show us that housing demand is strong. It is only when this changes that you will know that house prices are slowing.