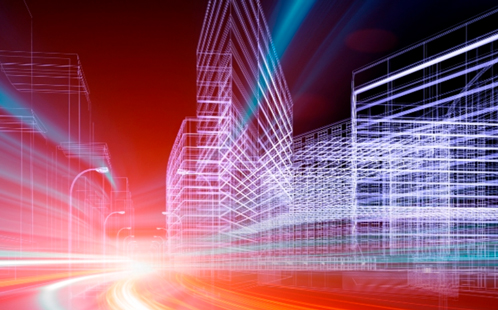 The following article co-authored by Dr Sarah Barnes and Professor Donald McNeill, from the Institute of Culture and Society, was first published on The Conversation.

Australia, one of the world's most urbanised nations, is looking to up its investment in digital technologies to make our cities work better.

In coming months, tech companies, local governments and other eligible organisations will be teaming up to apply for round one of the federal government's A$50 million Smart Cities and Suburbs Program. The program is seeking ideas for prototypes and platforms that can help solve a local urban challenge of some kind.

Compared to other areas of federal infrastructure spending – like roads – $50 million for smart city investments may not sound like much. But it's a bit of a windfall for an area that has struggled to get off the ground in Australia for the past few years.

Australia has been in no hurry to become smart. Overseas, many cities have put significant effort into building their profile as smart cities. They have invested in technology acceleration, data analytics, visualisation and instrumentation programs, and so on.

Before launching the federal program, Australia had made relatively few investments in smart city programs. Those investments remained relatively modest.

The benefits of not rushing in

In retrospect, perhaps this wasn't such a bad thing. It's now widely recognised that, despite the rhetoric of technology vendors, much of the early investment in smart cities failed to demonstrate significant benefits to cities and their citizens.

This period of "Smart Cities 1.0" investment was dominated by relatively small or experimental prototypes involving separate systems and infrastructures. Think a Cisco smart light trial, combined with a smart parking app. These have been small, interesting prototypes, but not necessarily generating the efficiencies and value sometimes claimed for smart cities.

The embrace of relatively small or experimental prototypes in Smart Cities 1.0 created vertical "data silos" and failed to scale or demonstrate real benefits. The emerging logic of "Smart Cities 2.0" is quite different. Smart Cities 2.0 investments focus on creating platforms for data access, sharing, re-use and inter-operability.

Part of the reason for this shift lies in the changing nature of the technologies themselves. Our urban environments are turning into landscapes populated by more and more connected "Things" equipped with many different sensors for data capture and analytics. This is driving a growing need for inter-operable platforms and standards that give more players wider access to city data.

A city that invests in these platforms can kick-start a wider technology ecosystem, enabling innovation in city services to thrive.

The emerging critical infrastructures for Smart Cities 2.0 are turning out to be city data markets, data exchanges, and data protocols, standards and specifications. These have been developed by groups like the Hypercat and LORA alliances.

It is becoming more clear that these infrastructures will require more strategic collaborations between governments, industry, communities, citizens and researchers.

Reinventing government as 'a platform'?

For those of us who are happy to hear tech vendors talk about data sharing and open innovation, this all sounds great. We do hope some of this thinking makes its way into the funding of pilots and prototypes under the Smart Cities and Suburbs Program.

But we should be mindful here that what is perhaps most radical about this new phase is not the technologies themselves, but the way they are repositioning the role of government.

Governments are increasingly positioning themselves as the "platform" for wider innovation in data services. Australia's Digital Transformation Office has embraced this idea of services "built on a shared (data) core". Many other agencies are following suit.

But if cities "run on information" are going to make a real difference, we need to think about how these new platforms can be used to overcome the endemic governance challenges our cities face.

Major Australian cities are made up of a patchwork of local government areas overlaid with state and federal jurisdictions responsible for transport, education, health and so on. No single agency "runs" the city. Many of them even work against each other.

The result is that instruments for strategic planning, like the metropolitan strategy, have tended to remain relatively weak. Modelled on the Greater London Authority, the Greater Sydney Commission represents a shift towards metropolitan-scale governance. This creates an opportunity to scale up investments in data infrastructures, building scalable city-wide data architecture like the London Data Store.

Though we might not be able to solve the endemic challenges of patchwork municipal governance, we can encourage our city governments to invest in data-rich platforms to help foster data-driven collaborations and services that benefit our cities.

The ingredients of a smart city include a raft of technology innovations, as well as a willingness to experiment with new ways of doing things.

Today's Internet of Things technologies, data analytics platforms and sensor-enabled services are sure to deliver new ways to understand, visualise and analyse the nature and scale of many of our most pressing urban challenges.

But solving challenges such as waste management, urban liveability and land-use planning will require more than technology investments, data-capture services or digital prototypes. Solutions will also depend on effective long-term partnerships within and beyond government.

While the digital infrastructure is no doubt important, it will be the city governments that invest in new ways to collaborate and co-innovate that will ultimately lead the way in delivering the smarter, more responsive services our cities so desperately need.