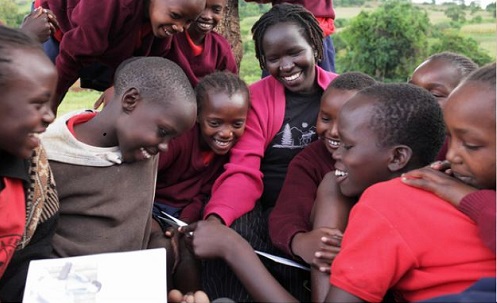 Globally recognised education expert and women's rights advocate, Dr Kakenya Ntaiya, shared her inspirational message about the power of education with students at Western Sydney University on Tuesday 7 March, in what was her only Sydney-based campus visit to mark International Women's Day.

Hosted by Western Sydney University, together with Learning for a Better World (LBW) (opens in a new window), Dr Ntaiya spoke to senior students from local high schools as well as the University community, as part of the University's International Women's Day celebrations.

Born in the small Maasai village of Enoosaen in Kenya, Dr Ntaiya comes from a district where, on average, only 11 per cent of girls continue past primary school. Determined to envisage a different path than that of traditional wife and mother, she courageously negotiated with her father at a young age to allow her to finish her schooling if she underwent traditional genital mutilation.

Years later, she left her village to attend university in the United States and subsequently completed her a PhD – the first Maasai woman to do so. She returned to Kenya to fulfil her promise to her community to establish one of the first schools for girls – the Kakenya Centre for Excellence (opens in a new window).

Her vision is to motivate girls to dream big.

"I'm helping girls who cannot speak for themselves. Why should they go through the hardships I endured?" Dr Nataiya says.

"I look at the girls I have in my school and its one of the most satisfying things making somebody believe what they dream in life can actually become a reality."

The University's Deputy Vice-Chancellor (Academic), Professor Denise Kirkpatrick, and Badanami Elder in Residence Aunty Jean South spoke at the event, which ran from 9am to 11am at the University's Kingswood campus.

"We were very excited to engage with such an amazing woman and high-profile international leader in education," Ms McLean says.

"Dr Nataiya is an inspiration because she is a prime example of the transformative power education can bring."

ABC journalist Eleanor Hall (opens in a new window) was also a guest at the event. In conversation with Dr Ntaiya, she drew out the highlights and travails of a fascinating story. A lively question-and-answer session followed. 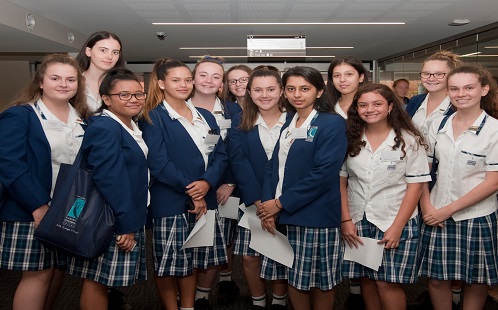 Schools that attended the event: