Curious Kids: Where does my poo go when I flush the toilet? Does it go into the ocean? 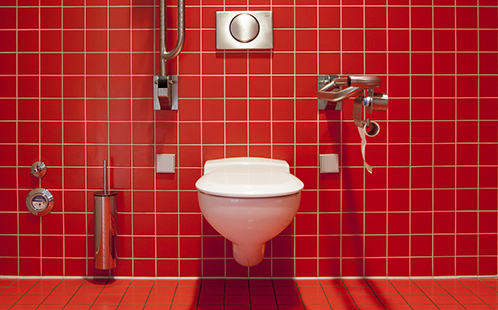 The following article by Dr Ian Wright from the School of Science and Health was first published in The Conversation (opens in a new window) as part of its 'Curious Kids' series.

Where does my poo go when I flush the toilet? Does it go into the ocean? – Clancy, age 4, Austinmer, NSW.

When you press the flush button, your wee, poo, toilet paper and water go down a pipe called a sewer. The toilet flushes the wastes down the sewer pipe. The sewer pipe from your house also collects and removes other wastes. This might be soapy water from baths and showers, or water left over from washing dishes and clothes. Together, all of these wastes are called "sewage". The pipes they travel through are called "sewerage pipes". People sometimes get "sewage" and "sewerage" mixed up.

The wastes from your house flow downhill. They join those from other homes and flow into bigger sewer pipes. Some of these pipes are bigger than a bus! If you live in a big city the wastes from thousands of people looks like a river of sewage.

The big sewer pipes take all the sewage to a place where it is treated. This place is called a sewage treatment plant. All towns and cities have these. They are like a big factory where any harmful materials are removed. This is a very important part of our city life.

Sewage contains lots of germs and if people come into contact with it, it can make them very sick. The treatment also removes things that people have flushed down the toilet. This includes things like toys, jewellery or even money. There are some things you should never flush down the toilet, like baby wipes – even if it says "flushable" on the packet – because they clump up and cause big problems for the sewerage system.

The sewage is cleaned in the treatment plant. This can take many days. It makes sure that harmful parts of the sewage are removed. Chemicals are added to kill as many germs as possible. Then the treated water is released into a local river or even the ocean. If you live near the coast your treated sewage probably goes into the ocean.

The treated sewage is cleaned to make sure that it does not cause environmental problems. This means that it should not harm the plants and fish that live in the river or ocean where it is released. If the sewage is not fully treated it can cause water pollution. It also should not make people sick if they swim in the river or ocean. Scientists test the water and the sewage wastes to make sure that it is OK.