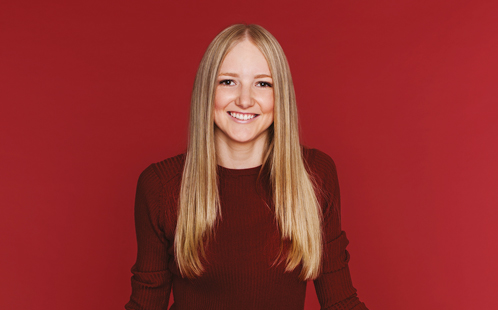 Western Sydney University student Grace Scott has been awarded the Chris Russell Medal of Excellence at the Sydney Royal Easter Show after her research into boosting the nutrition of crops was chosen from a crowded field of undergraduate projects entered by students across NSW.

For her project, Grace presented her work on the potential use and manipulation of carotenoids to create new cultivars of nutritionally sound crops.

Her project is focussed on plant biochemistry, physiology and genetics. Grace's work revealed the below ground effects of carotenoids, which provide colour to some plants, by using a non-carotenoid CRTISO mutant and chemical inhibitor (D15). Grace is now in the running for the national student award in May.

"I am so excited to be able to represent NSW at the National Student Event in Western Australia," says Grace.

The Chris Russell Medal of Excellence Award is coordinated by AG Institute Australia and is open to undergraduate and coursework masters students who are completing agriculture, natural resource management or animal science studies.

This competition requires students to prepare an essay on their research and deliver an oral presentation, including the agricultural applications and directions for future research.

The 2017 Chris Russell Medal of Excellence was tightly contested, and the runners up were the University of Sydney's Stefan Farkas and Jennifer Brooks. Stefan presented his findings on water stress in chickpeas, while Jennifer gave an insight into heavy metal contamination in urban aquatic systems.

Following the award, students participated in the Agribuzz Event organised by Farm Writers, which provided them with industry networking opportunities.