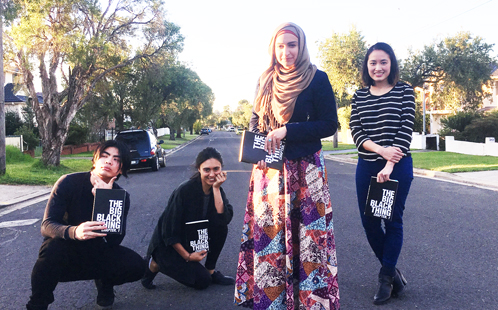 The first issue was launched at the Sydney Writers' Festival on May 28th. The anthology was edited by Sweatshop Director, Dr Michael Mohammed Ahmad, and Sweatshop Manager, Winnie Dunn.

"Sweatshop was tired of waiting to see more cultural diversity in mainstream Australian literature and media, so we decided to create The Big Black Thing," says Dr Ahmad.

"This new literary series gives voice to some of Western Sydney's most exciting writers from culturally diverse backgrounds."

For more information and to purchase The Big Black Thing please visit Sweatshop (opens in a new window).