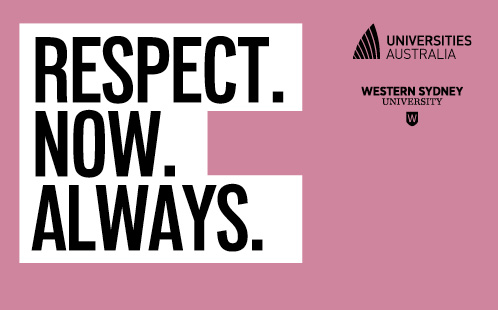 Western Sydney University will form a taskforce to implement all nine recommendations from the landmark National Report on Sexual Assault and Sexual Harassment at Australian Universities undertaken by the Australian Human Rights Commission, released today.

Led by Vice-Chancellor Professor Barney Glover, the taskforce will oversee the implementation of a range of education and support initiatives across the University and will monitor and evaluate their effectiveness.

Professor Glover says the University has been working closely with student leaders and staff as well as advisory groups such as NSW Police and the NSW Health Sexual Assault Service over the last 12 months, and already has in place a range of strategies as part of the University's zero-tolerance approach to sexual assault and sexual harassment.

"Sexual assault and sexual harassment are completely unacceptable and any incident of either is one too many. Everyone has the right to study and work in an environment that is safe and respectful," says Professor Glover.

"For the very first time, we now have data which reveals the prevalence of sexual assault and harassment across our university campuses. This is a very big step in being able to effectively address the issue.

"I thank everyone who has participated in this ground-breaking survey and courageously shared their stories.

"The report provides some confronting statistics for universities and it is vital that we openly and transparently discuss these findings. It is also critical that we listen to survivors and learn from their experiences in order to keep our students safe and improve our policies and support services."

The full set of the University's institutional data (PDF, 522.86 KB) (opens in a new window) is available to download.

Professor Glover says the report affirms the University's commitment to educating all students and staff about respectful and consensual relationships to prevent sexual assault and sexual harassment.

"We can and will do more to promote respectful relationships, change attitudes and improve our campus culture, as well as to ensure survivors know where they can access help" says Professor Glover.

Some of the education and support strategies in place at the University include:

The release of the National Report follows the Respect. Now. Always. initiative which was launched in February 2016 as a long-term, shared approach by Australia's 39 universities to prevent and address sexual assault and sexual harassment in university settings.

As part of the campaign, Universities Australia commissioned the Australian Human Rights Commission to undertake the first national university student survey on sexual assault and sexual harassment at Australian universities.

More than 30,000 Australian university students participated in the survey which ran from September 2016 to November 2016.

University students and staff seeking support in relation to sexual assault and sexual harassment can call the national hotline established by Universities Australia, 24 hours a day and seven days a week on 1800 737 732. In emergency situations 000 should always be the first number called, and students and staff can report sexual assault or harassment to the University's Campus Safety and Security team on 1300 737 003.

For more information about the survey results, and the support available at Western Sydney University, visit www.westernsydney.edu.au/respectnowalways