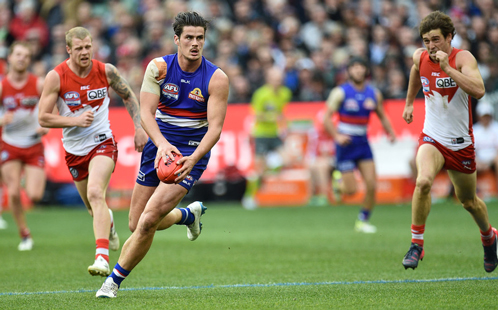 The following opinion-piece, by Professor David Rowe from the Institute for Culture and Society, was first published on The Conversation website.

The package demonstrates the deep connection between sport and TV, as well as the prominent place of sport in Australian culture.

It proposes to ban gambling advertising during live sports programs to placate those who oppose the increasing presence of gambling in sport, via TV. But the major sports and TV networks are soothed by lifting this restriction after the key 8.30pm watershed.

The government also wants to provide A$30 million over four years to assist pay TV to give greater coverage to sports that are rarely or never shown on TV. It is not clear why free-to-air TV is excluded from this arrangement, as low-income households would struggle to afford to watch this new sport TV content.

Controversy over sport, TV and gambling, as well as broader issues like easing the reach and concentration rules, have tended to overshadow significant changes to the anti-siphoning scheme. This scheme was introduced prior to the introduction of pay TV in 1995 to ensure that "events of national importance and cultural significance" – all of them of a sporting nature – should not be captured exclusively by pay TV.

A list of sport events that had to be offered first to free-to-air TV was produced based on this criterion.

Ever since, commercial networks have battled with pay TV over the size of the list, and even its existence. For obvious reasons, the free-to-air networks prefer a long list, even if they don't want to show all the sports available to them.

The communications minister has the power to list any event judged to have widespread public appeal. It must be made freely available as a right of cultural citizenship.

The government proposes to reduce the size of the anti-siphoning list to improve the competitive position of pay TV. What are the implications of the proposed changes for TV and the wider national culture?

In an acknowledgement of the complete digitisation of Australian TV, the package allows free-to-air broadcasters to show listed events on their digital channels without asking the minister's permission to move it from their main channel.

It has also widened the window for taking an event off the list from 12 to 26 weeks to assist pay TV in bidding for events that the networks may be not be interested in broadcasting.

No sport event has been added. Most of the sports on the list are male-dominated. And this remains the case despite the rising position of women's sport in Australia.

There are only limited changes to domestic sport. The AFL and NRL are untouched (the A-League, Netball Championship and Super Rugby aren't listed), as are the Melbourne Cup, State of Origin, the Grand Prix and Bathurst 1000, although other V8 Supercars Championship races have been delisted.

Golf has disappeared altogether, meaning the Australian Masters and Open are no longer part of the national cultural estate. But so has the US Masters, reflecting a trend of delisting some major events and overseas tournaments.

Consequently, the English FA Cup final has gone, but so have tennis' Wimbledon and the US Open.

It is in the international sphere that the biggest changes have occurred. While the Olympic Games is untouched, there is a substantial reduction of listed coverage of international events involving Australian teams playing overseas in rugby league, football, rugby union, cricket, and netball. There is also a general reduction of listed coverage of major events like the football, rugby and cricket World Cups.

The inevitable philosophical – as opposed to commercial – implication of the government's revision is that events involving Australian sport teams and individuals in several overseas locations are no longer regarded as being of national importance and cultural significance.

As a result, what people could once see for free, punctuated by advertisements, they will now have to pay for – while still being exposed to advertisements.

The proposed anti-siphoning changes shift the economic balance from free-to-air towards pay-TV, as well as from government intervention in the sport TV market to more open market play.

Ardent free-marketeer and Liberal Democrat senator David Leyonhjelm, writing in The Australian (the publisher of which co-owns key pay-TV sport provider Foxtel), recently argued that abolishing the anti-siphoning list would mean Foxtel would acquire more exclusive broadcast sports rights and more subscribers. As a result, Foxtel could charge less for subscriptions and promote greater audience reliance on Sky News at the expense of the leftist ABC.

So, although the ABC carries very little premium sport, according to Leyonhjelm, ditching TV sport anti-siphoning would damage public service broadcasting. Notably, he does not mention the effect on the main beneficiaries of the list – the commercial networks Nine and Seven.

The effect on the ABC of reducing or abolishing anti-siphoning may be dubious. But it will certainly make it difficult or impossible for many Australians to watch their national teams in some significant sport contests.

For this reason, changes in televising sport arrangements in Australia have a wider political and cultural resonance. The issue of fair play is no less relevant in front of the screen than on the sport field itself.