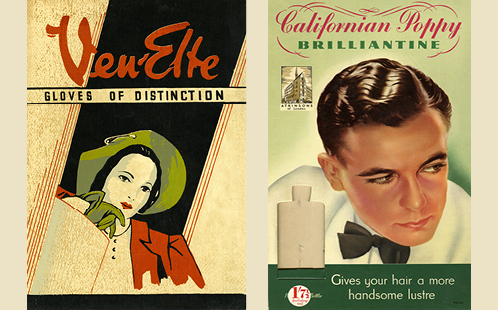 The glamour and optimism of the 1950s will be revived with original advertising, merchandise and haberdashery all on display as part of the exhibition Emporium which opens at the Whitlam Institute's Margaret Whitlam Galleries on 6 April.

For almost 70 years Abikhair's was the region's mixed-class department store and a must-visit destination for men and women who could find something to their liking, regardless of their economic background. 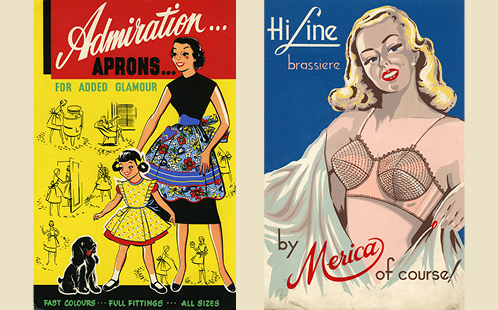 "The advent of the Department Store reflected a shift in social attitudes in Australia, where shopping was seen as a form of entertainment - a social occasion rather than simply a necessity. In cities and regional centres right across the country Department Stores popped up to service our growing fascination with consumer goods," said Eric Sidoti, Director of the Whitlam Institute.

"The Department Store was really the place to go to find anything that you wanted. It wasn't until the late 1950s that Australia got its first shopping centres but even then the grand old Department stores were akin to civic institutions. Sydneysiders of my vintage will recall the charm, glamour and wonder of David Jones in its prime or Mark Foys or Anthony Horderns. The place of the Department store in our regional centres was perhaps even more significant. "

"The Emporium exhibition gives us a glimpse back to that time of old-fashioned customer service and glamorous advertising, but it also reveals changing attitudes to consumerism, the family, and the role of women in Australian society."

"And what a treat to be transported back to 1950s Albury – clearly a vibrant regional centre."

During the emporium's glory days, women were a household's primary shoppers who were expected to buy for themselves, children, husbands and their homes. The ability to make autonomous decisions about their purchases provided a huge amount of satisfaction for women of the day, and gave them an identity not usually afforded through domestic life.

Shefia Abikhair recognised this and the store's clever advertising appealed to women from all walks of life. Shop assistants became specialists in stocking and fitting intimate apparel and they even began employing single women, although they were expected to retire when they married.

Similarly, post-war Australia saw traditional skills such as sewing, knitting and baking become less important as a means of defining a woman's value. Increasingly a woman's skill lay in making the right decisions when purchasing goods to maximise her family's wellbeing on a given budget. Abikhair's reputation for good quality at reasonable prices was an important factor at a time when a woman's choice of department store reflected her personal financial worth.

Abikhair's Emporium would eventually close in 1996 when Albury Council (opens in a new window) acquired a huge selection of advertising and original merchandise for its museum collection.

Emporium, an AlburyCity Touring Exhibition, will be on show in the Margaret Whitlam Galleries from 6 April to 23 June 2017.

Free entry. Galleries open Thursdays & Fridays, 10am – 4pm and the second Saturday of each month, 11am – 4pm*