Xenophon is right to call for law reform on gift cards 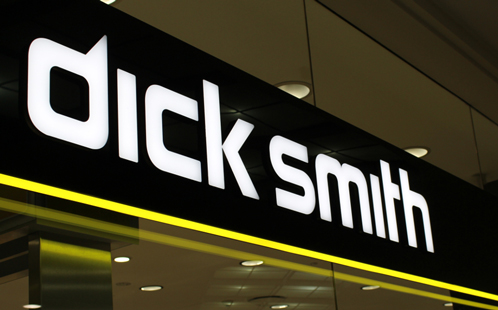 The following opinion piece, by the Dean of the School of Law, Professor Michael Adams, was first published on The Conversation website.

The corporate collapse of Dick Smith has many people, including cross-bench Senator Nick Xenophon, angered at the treatment of gift card holders as unsecured creditors.

The concept leading to this situation is more than 100 years old and was borrowed from the laws of bankruptcy before corporations existed. Companies that are in financial trouble have a variety of methods to help them systematically either trade out of trouble or methodically be wound up as an entity. Legally, these processes are known as external administration and involve receivership, voluntary administrators and liquidators, depending on which route is taken by the various groups of creditors.

The classic case that established the principle of a corporation being a separate legal entity from its shareholders, is Salomon v Salomon & Co Ltd in 1897 House of Lords (UK). The case was between two creditors. The first was an unsecured creditor that had lent Salomon Ltd money and Mr Aaron Salomon himself who had lent his company money as a secured loan. The end result was that Mr Salomon as a secured creditor would rank in priority ahead of the unsecured other creditor.

Today's legislation also provides for certain creditors to be given priority such as employees and government creditors collecting tax (state and federal). The liquidators or receivers or administrators all have legal responsibilities to realise the company assets and pay the creditors. If the company is insolvent, it simply means the assets are less than the debts and some creditors will only receive a few cents per dollar of debt.

There has been appropriate outrage over the fact that Dick Smith, and through its agents of Coles Supermarkets and Woolworths, gift cards were sold for cash and now the administrator of the Dick Smith company will not honour those sales. There have been some specific examples of hardship for sums in excess of A$1,000, although in reality there will be many A$50 and A$100 gift cards left over from Christmas presents sitting in people's desks.

Not honouring the cards is a simple application of the priority rules as set out in current law. But as Senator Xenophon has publicly stated, this is inequitable and unreasonable, and there should be law reform. The Senator has also called for a Senate Inquiry into the collapse of Dick Smith, but similar lessons were already learned from the HIH Insurance Royal Commission in 2001.

Senator Xenophon also wants corporations law to be amended to make directors of companies that collapse personally liable for the value of gift cards purchased or deposits paid for goods.

He makes a very valid point in stating that the receivers, Ferrier Hodgson should consider honouring the gift cards while the shop is still trading and that the goods are for sale. In many cases, the consumers that hold the gift cards may wish to spend more money to buy specific good above the value of the gift card, which would help with stock reduction and cash flow.

If Dick Smith is not able to be restructured (what is known as a scheme of arrangement) and continues as a going concern, the specific rules of liquidation are then applied. At that point in time, it would be more reasonable for all creditors, including the gift card holders, to be treated in the same way.

It is not good to make changes to laws on the basis of neither anecdotal changes or "knee-jerk reactions," but there are sufficient examples of retailers that sell such gift cards and become insolvent to warrant corporate law reform. The technology for the gift card sales to be held on escrow (effectively like a trust account until the money is applied to the relevant goods or services supplied) could be easily created without heavy compliance costs for the company.

One of the additional complexities with this area of consumer law is that the purchaser of the gift cards (the person actually contracting with Dick Smith or the agent like Coles or Woolworths) is not the actual consumer (the gift card is often a gift provided to a third party for no contractual consideration – payment). This concept of escrow or trust would enable the gift card holder to get their money back as cash in a situation such as voluntary administration or receivership.

A review of this area of law is needed for the benefit of Australian consumers.