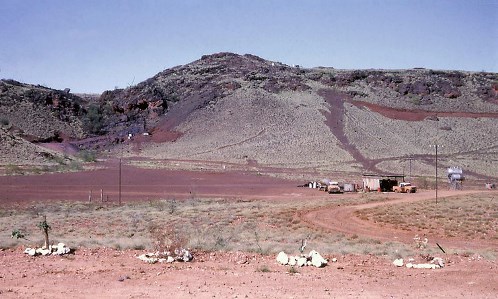 The following opinion piece, by Dr Alice Gorman from Flinders University and Professor Steven Freeland from the School of Law, was first published on The Conversation (opens in a new window) website.

With interest in the prospect of mining the moon and asteroids gaining pace, it's time to take a hard look at what's really at stake.

From the time of the launch of Sputnik 1 in 1957, space has been regarded as the common heritage of humanity. This is reflected in the landmark United Nations Outer Space Treaty (OST) of 1967. Among other things, it affirms that all have a right to access space for peaceful and scientific purposes, and prohibits the sovereign appropriation of outer space.

The treaty was designed to provide principles to govern space in the geopolitical environment of the Cold War, when the main space actors were nations, not private corporations. Ironically, their motivation for developing space technology at the time was as much for military as for peaceful purposes.

Since those days, the nature of space activities has undergone a significant shift. Many space technologies initially derived from military programs are now at the heart of very substantial space businesses. Commercial interests are now a significant element in the future of space exploration and use.

And where there are commercial interests at stake, the financial "bottom line" becomes all-important. An increasing number of private entities believe there are considerable profits (opens in a new window) to be made in the rare metals and other valuable resources lying untouched in the moon and near-Earth asteroids.

A bold act, but is it legal?

The international treaties are based on a cooperative approach to the exploitation of space resources. Despite this, the major space-faring nations have thus far steered away from establishing an international management regime to coordinate any mining activities.

Now, as the technology that might enable such activities to eventually become a reality develops, private enterprise is pushing governments to pass national laws to promote it. In November 2015, US President Barack Obama signed (opens in a new window) the Commercial Space Launch Competitiveness Act (CSLCA (opens in a new window)) into law. This gives US companies the right to own – and sell – resources mined in space.

Some commentators argue that the Act is a flagrant violation (opens in a new window) of the letter and spirit of the OST.

The International Institute of Space Law is more circumspect. It says that, while the legal position is not entirely clear, the US law is not necessarily incompatible (opens in a new window) with international principles.

Such divergent opinions demonstrate that further clarity is necessary to avoid future conflicts.

While the focus is on the legalities, as well as who bears the costs of future space exploration and who has the right to profit from it, one critical area is being overlooked.

Asteroids might be "out of sight, out of mind" for the most part, but lunar mining is likely to arouse strong and widespread reactions. The moon is one of the most significant cultural influences that unites people across all times and places in human history.

Would the public support commercial space mining if excavation scars were visible through Earth-based telescopes? Such considerations might be a factor in the design and location of mining operations.

Terrestrial mining companies are generally required to comply with domestic legislation that protects heritage, community values and the environment. Apart from some general statements in the treaties, as yet no similar system is in place for space.

Space mining companies have barely considered that they might have to deal with the same kind of community opposition as mines on Earth, only this time at a global scale.

Given that the US has enacted a law that purports to establish the right to mine and sell off-world resources, other nations may follow. Indeed, Luxembourg has recently announced it will also establish a legal framework to facilitate space mining (opens in a new window).

In moving forward, we need to carefully consider the potential for a "tragedy of the commons (opens in a new window)" situation in relation to space resources, just as we are with the problem of increasing space debris. What this means is that each entity, acting in its own self-interest, risks destroying a resource for everyone.

Australia has a huge amount of expertise in mining technology and operations, especially in remote locations. The Pilbara region of Western Australia, the heartland of the mining boom, resembles Mars enough to be called a Mars analogue landscape (opens in a new window).

It is clear that Australian expertise is relevant in the development of space-related capability. The Department of Industry, Innovation and Science is undertaking a review of our space laws (opens in a new window) to assess what is the most appropriate regulatory framework to promote such innovation into commercial benefit for the country.

What's really at stake is the future of universal human access to space and the very way we view space.

A rash move at this point could tip the balance and erode the principle of the common heritage of humanity. We must avoid further entrenching the divisions between the space haves and have-nots.

While there may be considerable benefits to future generations should we find a way to safely and sustainably exploit space resources, there are also considerable risks. These need a very careful calibration.

Cool heads are required and the key will be international cooperation on a broad scale. This issue is too important and too complex to be undertaken by a small number of private enterprises. A clear international regime must be established to safeguard the interests of every stakeholder.