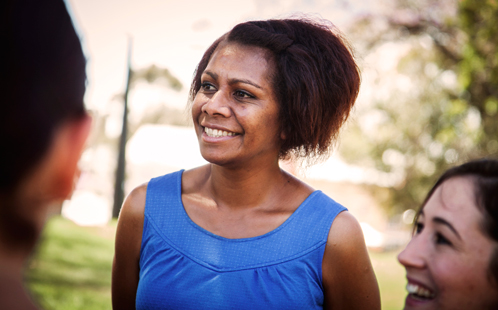 Western Sydney University and other leading NSW universities have joined forces to offer scholarships, financial assistance and other support for refugees on a humanitarian visa, the Chancellor Peter Shergold announced today.

The major universities in Sydney, as well as universities in Newcastle, Wollongong, New England and Bathurst, have committed to funding scholarships and tertiary education programs for refugees, including the Syrian and Iraqi refugees who will arrive in NSW in the next 18 months.

"We're delighted to see this strong show of support from NSW universities," says Professor Shergold, who has been appointed the NSW Coordinator-General for Refugee Resettlement.

"We know that education is the key to unlocking potential, opportunity and jobs. Many refugees have been forced to abandon their studies, and this support from across the state will enable them to rediscover and pursue their dreams."

Professor Shergold says further work will be done, where possible, to see existing qualifications obtained from international institutions recognised and accepted in NSW.

Under the program, Western Sydney University will contribute $500,000 to establish the Refugee Scholarship Fund, which will offer scholarships valued at $7,500 per year for the duration of the degree.

Professor Shergold added that obtaining a tertiary education would ensure that refugees had better job prospects and were more likely to forge successful careers that would reduce dependence on welfare and help to support their families.

"We congratulate the universities on identifying a number of significant new initiatives that will help refugees achieve their potential and fully participate in all the opportunities that NSW has to offer," he says.

"These programs will enable the refugees to build on their skills, education and overseas qualifications and very quickly make a positive contribution to Australian society."

The NSW Government has pledged to resettle at least 4000 refugees as part of the additional Australian humanitarian intake of 12000. Professor Shergold is working to coordinate all levels of government and the corporate, education, community, non-government and vocational education and training sectors to resettle refugees in NSW.

The new university programs for refugees include: