Trying to cut your drinking? There’s an app for that 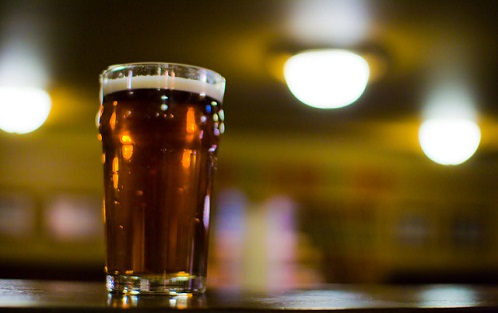 Australia is known to be a nation of drinkers with almost 18% having a drink on a daily basis at a level that is considered risky.

But the ill-effects of such behaviour extend to binge drinking, impacts on health and well-being, assaults drink driving with resulting car accidents and many others.

Various governments and organisations have launched campaigns and policies to combat problem drinking, such as Danny Green's Coward Punch Campaign and the lock out laws in New South Wales and Queensland.

Lock out laws have met with some success in reducing alcohol-related serious injuries in some regions. But they have also been criticised with claims the laws are harming businesses or that the cultural image of a high profile and vibrant urban centre such as Sydney is being distorted.

But there might be another way to tackle the problems related to the over-consumption of alcohol that doesn't require large-scale government intervention.

When it comes to overcoming bad behavioural habits, such as drinking too much, technology can help by providing a subtle and more personalised solution to the problem.

Smartphone apps can provide real-time intervention on the go. They allow people to get the right information at the right time regarding their drinking habits.

Popular alcohol control apps include examples such as Stop Drinking with Andrew Johnson (for Apple or Android) which relies on relaxation and hypnotism and other apps which simply count the intake of alcohol (Sobriety Counter is one such app for Android).

Such mediated, anonymous and indirect interaction can also help people suffering from a drinking problem who are otherwise reluctant to visit rehabilitation and facility centres.

In this way technology can facilitate a change in behaviour through persuasion but not coercion. This is known as persuasive technology, a term originally coined by Stanford University researcher BJ Fogg.

Such technologies have already helped with other problems, such as obesity, bullying and racism by motivating people, providing knowledge, supporting decision making and ultimately facilitating behaviour change.

There is growing realisation of the importance of persuasive technology in mitigating the harmful side effects of alcohol and other bad habits.

There are a number of web and mobile applications that help people with their alcohol intake. But web-based applications usually cannot be accessed at a user's own discretion as they require some form of synchronisation with the user's phone.

Which app is best?

While mobile apps may be best suited to tackle drinking problems there isn't much of an understanding as to which are more suitable or what features people prefer.

The National Health Service in the UK does provide a list of apps that can assist in tackling health related problems. But there is no government or other reputable organisation that maintains a similar list in Australia.

There are some online rankings of alcohol control apps, but these are not maintained by official health services.

This motivated us to analyse more than 200 user reviews of apps available on the iTunes store so we could better establish design recommendations for such apps.

Quit That app indicating alcohol consumption trends and money saved. Screenshot, Author provided
We focused on 18 apps, such as Quit That, that were meant to reduce alcohol intake through behavioural change strategies. We specifically excluded apps that were purely for facilitating alcohol intake, such as alcohol recipe apps.

We noticed that there were two main types of strategies that were prevalent in such apps. Some used motivation and others self-control to help reduce or monitor alcohol intake. The former rely on different persuasive strategies such as praise and reward mechanism, social interaction with avatars, competitions, reminders and notifications, etc.

Step Away app highlights the usage of warnings as a persuasive strategy - an example of a motivational app. Screenshot, Author provided
Self-control apps mostly rely on users to monitor and manage their intake by providing information, such as blood alcohol concentration levels. Self-control apps do not explicitly inform the user when their alcohol intake crosses a level of high risk.

Our results showed that users preferred self-control apps, possibly because they did not want to be controlled by an app that was too insistent or fast in its interaction.

Users not only preferred gradual notifications from the apps but they also wished to have full control over how the app interacted with them. We found that a key design guideline for these apps is the ability to customise the way users interact with them.

We noticed that a number of users preferred apps that provided incremental targets. This allows them to attain positive milestones on each step of the behavioural change process. A number of users also stated the importance of sharing their progress on social media.

Implementing persuasive applications is a fraught with challenges, particularly for contexts such as alcohol intake, where real-time monitoring can be difficult.

But there is great potential to use mobile technology to promote positive alcohol behavioural change, particularly if the apps follow certain design features.

If the appropriate governmental authorities can benchmark and recommend apps based on the proposed guidelines, that will go a long way in assisting many in overcoming their alcohol related problems.