Tokyo study tour the first of its kind 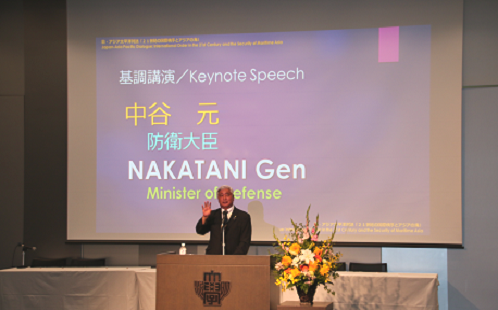 Western Sydney University academic, Dr David Walton, has established a pioneering reciprocal short course program with the School of Political Science and Economics at Meiji University (opens in a new window), one of the largest and most prestigious universities in Japan.

The program is the first of its kind by an Australian university, balancing theory and practice of International Relations and contemporary issues facing Japan through a series of site visits, lectures and workshops. Students visited the National Diet, the highest point of legislation and elected government in Japan and the Tokyo Stock Exchange. They also gained unique insight into the life of a diplomat, meeting with Mr Martin Walker Counsellor (Political), at The Australian Embassy, Tokyo.

In addition, Western Sydney University co-sponsored a major workshop on the South China Sea dispute, held at Meiji University, where the Japanese Defence Minister Gen Nakatani was the keynote speaker. Dr Walton was a co-organiser of the workshop which attracted an audience of 120 and media coverage in Japan, highlighting to students the importance of international relations in the Asia-Pacific.

"The workshop was held on the day of the UN ruling on China's claim to islands in the South China Sea and involved experts from Indonesia, Philippines, China, Vietnam and Japan discussing the South China Sea maritime dispute.  Key themes discussed included the right of freedom of navigation, territorial claims based on history and international law conventions." reported Dr Walton.

The tour also allowed students to visit Japanese cultural icon, Mt Fuji, and the former capital, Kyoto. The plan is reciprocal, with students from Meiji to visit Western Sydney University in February 2017. Students from each institution assist and guide visitors during their stay and tend to make long-term friendships as a result of their shared experience.

"The site tours were some of the best parts of the tour, as I felt that they complimented the (Meiji) lectures as well as gave us a special insight… just walking around the streets, you end up observing many unique and interesting aspects of Japanese society", said Andrew Lee.