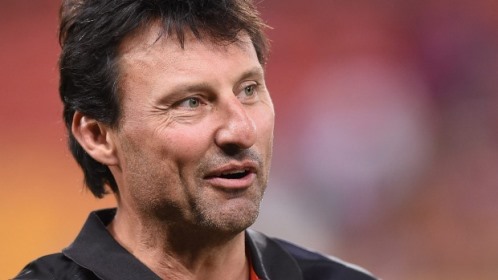 A new study conducted by Western Sydney University is the first of its kind to explore why there are so few Aboriginal and Torres Strait Islander coaches in full-time professional roles. Recent data from the Australian Bureau of Statistics indicates that around 173 full-time sport coaches are from Aboriginal and Torres Strait Islander backgrounds ­ – less than one per cent across all sports ­– compared to 21,133 coaches from other backgrounds.

These findings indicate that the athletic achievements of Aboriginal and Torres Strait Islander peoples have not translated into ongoing coaching or leadership positions, particularly in high performance sport settings.

Dr Andrew Bennie, from Western Sydney University's School of Science and Health, says that the sports industry and indeed wider society need to think more broadly about the coach's role and the long term benefits of having Aboriginal people in various leadership positions in sport organisations – as coaches, officials, in management and governance roles.

"Encouraging young people to get involved with coaching from an early age and mentoring coaches is critical to ensure Aboriginal and Torres Strait Islander peoples' long-term commitment to, and progression in, coaching roles," he says.

As part of the study, current and former Aboriginal and Torres Strait Islander coaches were interviewed, and asked to explain their personal history and relationship to sport participation. They were also asked about the barriers to gaining and maintaining a coaching role in their particular sport. In response, they offered their own recommendations on how to increase Aboriginal and Torres Strait Islander participation when it came to sport coaching roles.

Mr Darren Allie, the Indigenous Academies Manager AFL NSW/ACT, says, "Quality coaching has the potential to play a significant role in shaping an individual and community's identity, culture, and knowledge by enabling individuals to play a role beyond athlete.

"Good coaching can develop leadership skills, life skills, and be embedded in a mentoring and role modelling capacity to build future generations of healthy, active, and educated leaders in the community."

Ms Marcia Ella-Duncan, the first Aboriginal to be selected for the Australian Netball team, says, "Aboriginal athletes have the leadership skills as a result of their experiences in sport. They are already contributing as leaders in their community so the transition to coaching could be easy. I don't think there's been enough effort into leveraging those experiences and transferring their playing ability and their playing career into a coaching career and I think that needs to be a very deliberate and a very strategic approach in any sport."

The findings from this research will be used to inform coach education programs about factors that influence the representation of Aboriginal and Torres Strait Islander people in sport coaching roles.