Safety – or profit? The booming business of CCTV and Safer Streets 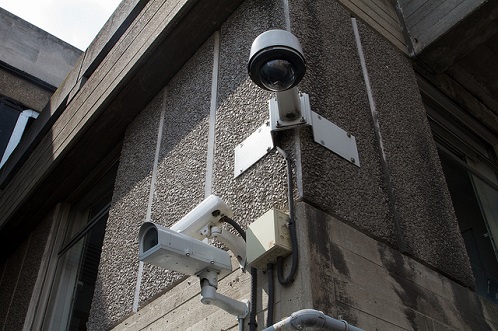 The following piece, by Dr Robert Carr, was first published by The Conversation (opens in a new window).

Closed circuit street cameras have been sold to the community as a way of making us safer, reducing crime and discouraging anti-social behaviour. But research into the Federal Government's $50 million Safer Streets program shows its main effect has been unchecked proliferation of highly profitable commercial arrangements between governments and private firms, amid little evidence that it improves public safety.

The Tony Abbott-led government announced Safer Streets in 2014 to assist local councils finance the establishment of street camera systems, with a second round of funding unveiled last December.

Across Australia, 85 local councils received Safer Streets funding in the first round. Promoting the scheme during the Liberal Party's 2013 election campaign, Bronwyn Bishop said the cameras would be a deterrent because people "know they are going to be caught".

In 2014, Prime Minister Tony Abbott and then-Justice Minister Michael Keenan said: "All Australians have the right to feel safe and secure … and [this] program will help to achieve that."

But while buttressing the Coalition's national security agenda, Safer Streets has been criticised over a lack of evidence and political bias underpinning the funding policy.

In 2015 the Report of the Commonwealth National Audit Office was delivered following an inquiry into Safer Streets amid complaints that the funding program was "pork barrelling".

The report was highly critical of the program with Safer Streets funding accessible to local councils strictly by invitation of the Government for the first round of grants.

Safer Streets has been criticised for "a lack of transparency over its guidelines, its selection criteria, and ultimately, over which projects were chosen".

Safer Streets provided the Abbott Government with opportunities to cultivate grassroots support — or at least a perception of it — by requiring local councils to ceremoniously "accept" offers of funding.

Government MPs organised publicity, petitions and mobilised business chambers with "no strings" carrots of public subsidies. Buoyed by the support of business chambers they called upon taxpayers to finance the set-up and then the ratepayer to fund ongoing costs for CCTV, which have been exorbitant.

Safer Streets is part of a broader political-economic framework within which both electoral and commercial opportunities have been leveraged.

Internationally CCTV has played a significant role in the marketing of public areas as "clean" and "safe" in the efforts of local councils and business chambers to attract consumers, tourists and investment.

The Australian Security Industry Association Limited (ASIAL) notes expenditure on private security in Australia between 2012 and 2013 was almost $5 billion, of which $2.3 billion was spent on security devices, installation and monitoring. Australian Security Magazine claims "the electronic security market is forecast to experience double digit growth until 2020 and beyond", concluding:

"The commercial argument for the use of security technologies over more traditional security measures has never been more valid."

This prediction may be adequate considering the political climate. Demand for security tech and consulting has increased in light of the Coalition's efforts to enlist local councils as new customers via Safer Streets.

A consequence of government-funded CCTV has been the portrayal of street crimes within a broader news advertising matrix. In one example government-funded CCTV footage was streamed online via the national Fairfax Media network depicting an assault against a recently arrived refugee in Wollongong flanked by advertisements.

As one study stipulates the marketing of CCTV footage by news companies has drawn consumers into a series of inter-related commercial activities through multimedia platforms. The adoption of CCTV footage has resulted in news media becoming a significant conduit conveying the political and economic meanings affixed to street camera footage.

But while there is little research evidence that street cameras reduce crime, politicians widely promote CCTV an effective crime prevention technology, which has led to uncritical policy transfer. In fact, Safer Streets has prohibited councils from utilising the grant scheme to conduct evaluations.

The potential for being discredited by objective evidence may explain why there is no strong desire expressed by politicians for local councils to produce regular CCTV evaluations.

Only one local council out of 18 surveyed nationally in 2014 had collected crime statistics within the surveillance area — namely, Shoalhaven City Council - yet here crime rates actually increased after cameras were installed, defying the logic of proponents.

Affirming the Coalition's commitment to the political economy of street cameras, one Liberal MP says he would stand up for the use of CCTV established under Safer Streets and opposed "slick and sleazy" challenges to them.

"If you are doing nothing wrong, you have nothing to hide. Kiama's businesses wanted this and should be protected, and so should law-abiding citizens." - Gareth Ward, Member for Kiama.

Addressing the Australian Government's 2015 metadata retention laws, Edward Snowden is sceptical of the "nothing to hide/fear" logic stating that people who say they don't worry about their privacy because they have nothing to hide "is like saying I don't care about free speech because I have nothing to say".

But a powerful pro-CCTV discourse is entwined in the construction of many politicians' credibility and their public identities. Challenging these political and economic commitments to street cameras with an evidence-based perspective is unlikely to sway their efforts.