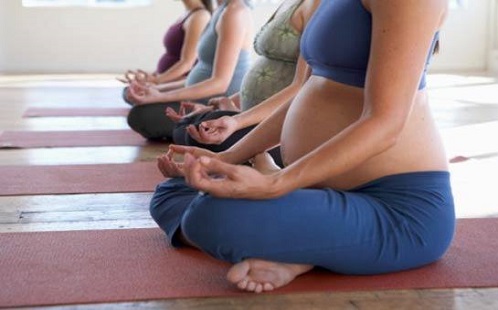 Research from the National Institute of Complementary Medicine (NICM) at Western Sydney University shows antenatal education classes focusing on pain relief techniques dramatically reduce the rate of medical interventions during childbirth, such as epidural use and caesarean section.

The research, the first of its kind and published online today in the medical journal BMJ Open (opens in a new window), raises questions about the way expecting mothers are provided childbirth education classes in Australia.

High rates of medical interventions during childbirth are problematic as they can spark a 'cascade of interventions', and commonly result in instrumental birth or caesarean section.

To test whether childbirth education programs can help drive down the rate of medical interventions, researchers conducted a randomised controlled trial of 176 women having their first baby across two Sydney hospitals.

It found women in the study group:

"Expecting mothers were provided with a variety of complementary therapies, such as acupressure, relaxation, massage, yoga and breathing techniques, as tools for their labour and birth."

Professor Caroline Smith from NICM and co-author of the study is a leading researcher into complementary medicine (CM).

"This high quality study was unique by providing of a composite number of complementary therapies into one program," says Professor Smith.

"It strengthens current evidence of a supportive role from CM techniques, and may offer women additional options for managing pain in labour."

Professor Hannah Dahlen, a midwife from the School of Nursing and Midwifery and co-author in the study, says the results demand a complete rethink in the way Australia approaches childbirth education classes.

"By the 1990s the focus of childbirth education classes shifted from natural childbirth preparation to hospital birth preparation, with a focus on medical interventions such as such as pharmacological pain relief, induction of labour and caesarean sections," says Professor Dahlen.

"In contrast, our study has found that evidence-based complementary medicine techniques for pain relief can significantly reduce medical intervention rates, and meaningfully reduce the fear around childbirth."

Further confirmation of these findings will also be important. Wider national and international implementation of this study is recommended to confirm results in a broader population and examine issues of generalisability. This study was conducted at and supported by the National Institute of Complementary Medicine, Western Sydney University.

* She Births® provided background intellectual property, including concept, course materials and training. Five of the six CM techniques used formed part of the She Births® program.