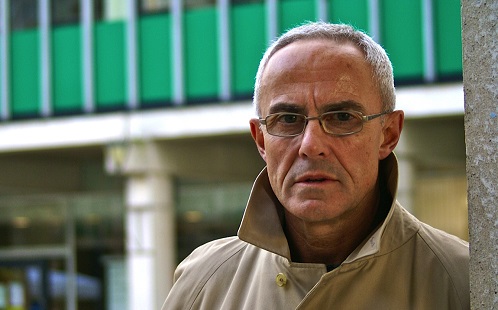 The British Society of Criminology (opens in a new window) has awarded its Outstanding Achievement Award 2016 to Emeritus Professor and Professor of Sociology at Western Sydney University, Dick Hobbs, in recognition of his major contribution to criminological research and education.

President of the British Society of Criminology Professor Peter Squires FAcSS said, "I am delighted that Dick Hobbs is our outstanding achievement award-winner for 2016, for many years he has pioneered an approach to criminology that we ignore at our peril, meticulously studying crime, criminality and law enforcement at the 'sharp end'. Without the valuable insights he has provided, our criminological imagination would be that much poorer".

Professor Hobbs' name will be known by many Sociology A level students for his seminal ethnographic study of crime, criminals and crime fighters Doing the Business: Entrepreneurship, the Working Class and Detectives in the East End of London.

He has won Universities and Colleges Union's Life Changer Award for 'changing people's lives through education', awarded for his work in helping working class students at Durham University overcome the barriers they encounter at university. He also has had an edited book published in his honour: Illegal Entrepreneurship, Organized Crime and Social Control: Essays in Honor of Professor Dick Hobbs.