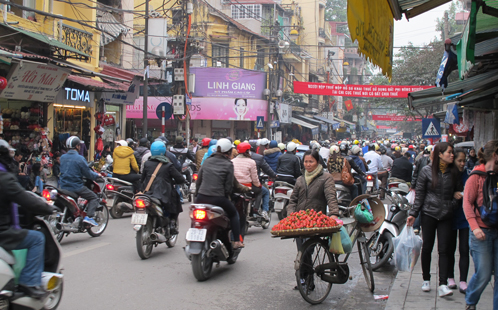 The economic liberalisation of Vietnam and the resulting impact on the one-party political system will be discussed at the next Western Sydney University Open Forum.

Open Markets and the Vietnamese Human Rights Dilemma will be held at the Western Sydney University's Parramatta campus on April 6, Building EA G18 at 6pm.

Speaking at the forum is Fowler MP Chris Hayes, who represents an area of southwest Sydney containing the largest Vietnamese community in Australia, and Vietnamese refugee and Director of the Human Rights Relief Foundation, Dinh Tran.

In Vietnam, the government has virtually prohibited the formation of independent political parties, labour unions and human rights organisations.

Yet it has allowed for open market economy to flourish, bringing new benefits to its citizens.

The convener of the Open Forum series is Dr Sev Ozdowski, the Director of Equity and Diversity and former Human Rights Commissioner.

"Over the past generation, the standard of living in Vietnam has improved as private enterprise has flourished, but the population still can't elect its own government," he says.

"This forum will discuss how the population's new financial autonomy can advance the civil rights agenda."

About the speakers: Chris Hayes MP has been a Member of the Federal Parliament for 11 years, and is the Chief Opposition Whip.

His seat of Fowler is the most culturally diverse electorate in Australia, and is home to a large number of refugees as a consequence of the Vietnam War, the Balkans hostility and Middle East conflicts. Dinh Tran arrived in Darwin on a boat in late November 1977.

She has worked as a solicitor with Legal Aid NSW, and was appointed to the Court as a Registrar of the Family Court in 2000. Ms Tran is a Director with the Human Rights Relief Foundation – a charity working to support human rights activities.