New exhibition explores the influences that made Gough Whitlam an icon Margaret Whitlam's seemingly bottomless pot of spaghetti Bolognese, made from more than a few of the local constituents' home grown tomatoes, is one of the many ways to experience Gough Whitlam as an everyday Australian in the Whitlam Institute's exhibition The Way of the Reformer: Gough Whitlam in his Century.

To celebrate the centenary of Gough's birth, the exhibition takes an entirely different lens to the man that would become a national icon, and explores the myriad life experiences that influenced the young Whitlam and formed the basis of the beliefs that would reimagine the nation.

"Gough Whitlam shaped the Australian nation, but before that, the nation shaped him," says curator Guy Betts.

"Gough Whitlam once commented that nothing in politics grows in a vacuum… I realise I am but a child of my age."

"We wanted to look at the ways that, like we all do, Gough experienced Australia and found he wanted to change things. Those experiences drew him into politics, and in many cases were the genesis of the policies he would later enact as Prime Minister." The exhibition follows Gough's life and connects his life experiences with the traits and opinions that became familiar to generations of Australians.

There's his distinctively loud and easy to understand way of speaking that resonated with the Australian people - something he naturally developed to make it easier for his near deaf mother, Martha, to hear him. Or his childhood in newly founded Canberra – a collection of official buildings in a sheep paddock, but with a grand political view to the future, that would foster in him a love of possibility and change. 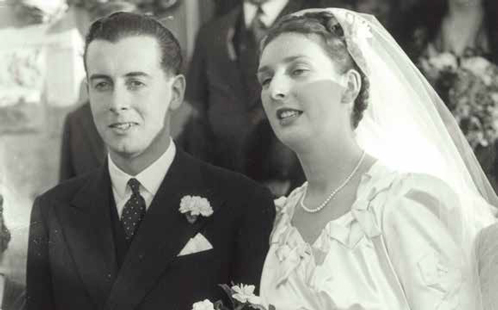 His time in university, interrupted by service with the RAAF in the Second World War, took him to the reaches of Australia and Asia and put him in touch with peoples and cultures that he, like many Australians, had never experienced before.

"One of my favourite elements of the exhibition is a look at Gough's time stationed in Gove and Yirrkala during the war. He was moved by the connection the Aboriginal people maintained to the land, but also so angered by the prejudices they faced. It would become a pivotal moment for him and eventually the Aboriginal people. It ignited his lifelong passion for Indigenous rights," says Guy.

Visit the exhibition and celebrate Gough's life – not just his life as Prime Minister, but his life as an Australian.