Little shop of horrors: the Australian plants that can kill you 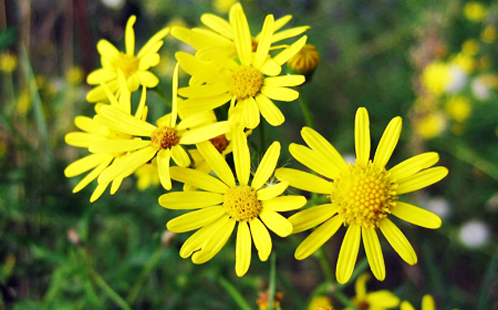 The following opinion piece, by Dr Ben Moore from the Hawkesbury Institute for the Environment, was first published on The Conversation website.

Australia is so famous for its dangerous creatures that visitors often arrive fearful that everything that moves is out to get them. In a land where snakes, spiders, shells and even one of the iconic mammals – the platypus – can bite or sting, should we all be worried about plants as well?

Plants around the world produce a staggering diversity of chemicals and many of these are potentially toxic to animals including humans, sometimes even upon contact. Many of these toxins have evolved to protect plant roots, leaves and unripe fruits from being eaten by herbivores, particularly insects and browsing mammals.

Australia's toxic plants are not terribly appealing or nutritious for humans. If someone is poisoned, it's usually accidental, and many victims are curious children.

There are many historical records of plant poisoning in Australia involving early explorers and settlers who were short of supplies or looking for new sources of food. Today, though, plant poisoning accounts for less than 1% of calls to poisons information lines in Australia.

The threat of poisoning to livestock is much more substantial and causes significant economic and animal welfare impacts.

It's in the interests of cattle and sheep to become expert botanists, but even experts can get things wrong when confronted with something they've never seen before. Most livestock poisonings occur when animals are moving through new country or are put into new paddocks with unfamiliar plants.

Native plants that kill significant numbers of livestock include Cooktown ironwood in northern Australia (as little as 50 grams of leaf can contain a quantity of alkaloids that can kill a bull) and the poison peas and heart-leafed poison bush of Western Australia and Queensland respectively (Gastrolobium), which contain a deadly metabolic poison, sodium fluoroacetate.

It's in the dose

The adage that "the poison is in the dose" is correct in that small amounts of most poisonous plants are unlikely to cause permanent damage or death, although there are exceptions. Indeed, most herbivores have to tolerate some exposure to plant poisons because they're so widespread among the plants they eat.

Small amounts of some toxic compounds can even be beneficial and sometimes have traditional or medical uses. Aboriginal people, for instance, used Duboisia hopwoodii and other native tobacco species (Nicotiana) to produce a powerful and widely traded stimulant, pituri, the active ingredient of which is the potent alkaloid, nicotine.

Similarly, atropine, an alkaloid found in Angels' trumpets and thorn-apple (Brugmansia andDatura species) is a powerful hallucinogen and toxin. But it's also a valuable drug used to treat some heart and nervous conditions, as well as poisoning by some other plant alkaloids and cardiac glycosides.

Knowing what dose of poison a plant contains is not always easy. How much toxin an individual plant contains can vary with season, the age of the plant, soil type, drought and the plant's genes. Just as you may be tall and your next-door neighbour short, two plants of the same species growing alongside can vary in how much toxin they produce.

On top of that, different animal species and individual people and animals can also vary in their ability to tolerate poisons. This makes ingesting toxic plants a little like Russian roulette: there's a strong element of chance.

A significant number of Australia's more than 20,000 plants are potentially toxic. In many cases, Australia has species or subspecies of plants that are closely related to well-known toxic plants from elsewhere. But their relative toxicity is not well established.

The Indian suicide tree, Cerbera odollum, has been described as the "perfect murder weapon", for instance, but the toxicity of our native Cerbera manghas is less well understood, despite the fact it possesses the same cardiac poisons.

Similarly, how our native strychnine bushes Strychnos lucida and S. psilosperma compare to the better-known strychnine tree S. nux-vomica from India is not well known, but they do also produce strychnine.

Unless you're a hungry ruminant, you're probably unlikely to suffer death by plant poisoning in Australia, but the risk is nonetheless real. It pays to realise that garden plants and even common indoor plants are sometimes just as dangerous as what lurks in the bush. Parents and outdoorsy types should be aware of the risks posed by contact with or ingestion of plants.